Case Presentation: A 30 year old well male presented with one day history of multiple episodes of loss of consciousness. Each episode lasted several minutes with no preceding warning. There was no limb jerking, tongue biting or confusion. One week prior, he was treated for shingles with oral acyclovir. His temperature was 37.9° Celcius. He was lethargic but oriented. Neurological examination was normal. There were grouped vesicles on the lower back. Electrocardiogram showed left bundle branch block (Image 1) and troponin-T was markedly elevated at 2904 ng/L (usual range 0-29 ng/L). When reviewed by the admitting doctor, he had further episodes of unresponsiveness with transient limb jerking. During the third episode, ventricular standstill was seen on telemetry. (Image 2) He was transferred to coronary care unit for temporary pacing wire insertion. Subsequent troponin levels rose to 3929 ng/L. He was started on intravenous acyclovir for viral myocarditis given the recent onset of shingles. Transthoracic echocardiogram showed impaired left ventricular systolic function with ejection fraction of twenty-seven percent. Coronary angiogram was normal. Magnetic resonance imaging showed regional increase in myocardial signal intensity supportive of acute myocarditis. He required trans-venous pacing for seven days. There was no recurrence of syncope. He was discharged with perindopril and spironolactone. A repeat echocardiogram one month later showed normalisation of left ventricular function.

Discussion: In a patient presenting with loss of consciousness, it is important to make the distinction between seizure and syncope. Short duration and an abrupt return of consciousness suggest syncope rather than seizure. In our patient, repeated episodes without provocation suggested cardiac origin. A 12-lead electrocardiogram should be recorded as soon as possible. Less than a fifth of viral myocarditis presents as arrhythmias; the majority present with dyspnoea or chest pain. Thirty-five percent will have raised cardiac enzymes, troponin-I more frequently than creatine kinase myoglobin isozyme. Regional wall motion abnormalities on echocardiogram coupled with focal myocardial gadolinium enhancement on magnetic resonance imaging gives positive and negative predictive values of seventy-one and one hundred percent respectively. Cardiac biopsy may be considered. Majority of varicella zoster cases occur in childhood; complications are more common and severe in adults, especially pneumonia. However, children and young adults are particularly vulnerable to cardiac complications. Varicella zoster was first recognised as a possible cause of myocarditis in 1953, based upon a study of seven autopsy findings. Persistent low cardiac output after pacemaker implantation and late onset of ventricular tachycardia are risk factors for mortality. Treatment is as for acute heart failure and antivirals have limited role.

Conclusions: Stokes-Adams attacks may be the only clinical manifestation of viral myocarditis with complete atrioventricular block. One must have a high index of suspicion. Electrocardiogram should be performed promptly during such an episode in order to capture the underlying arrhythmia. 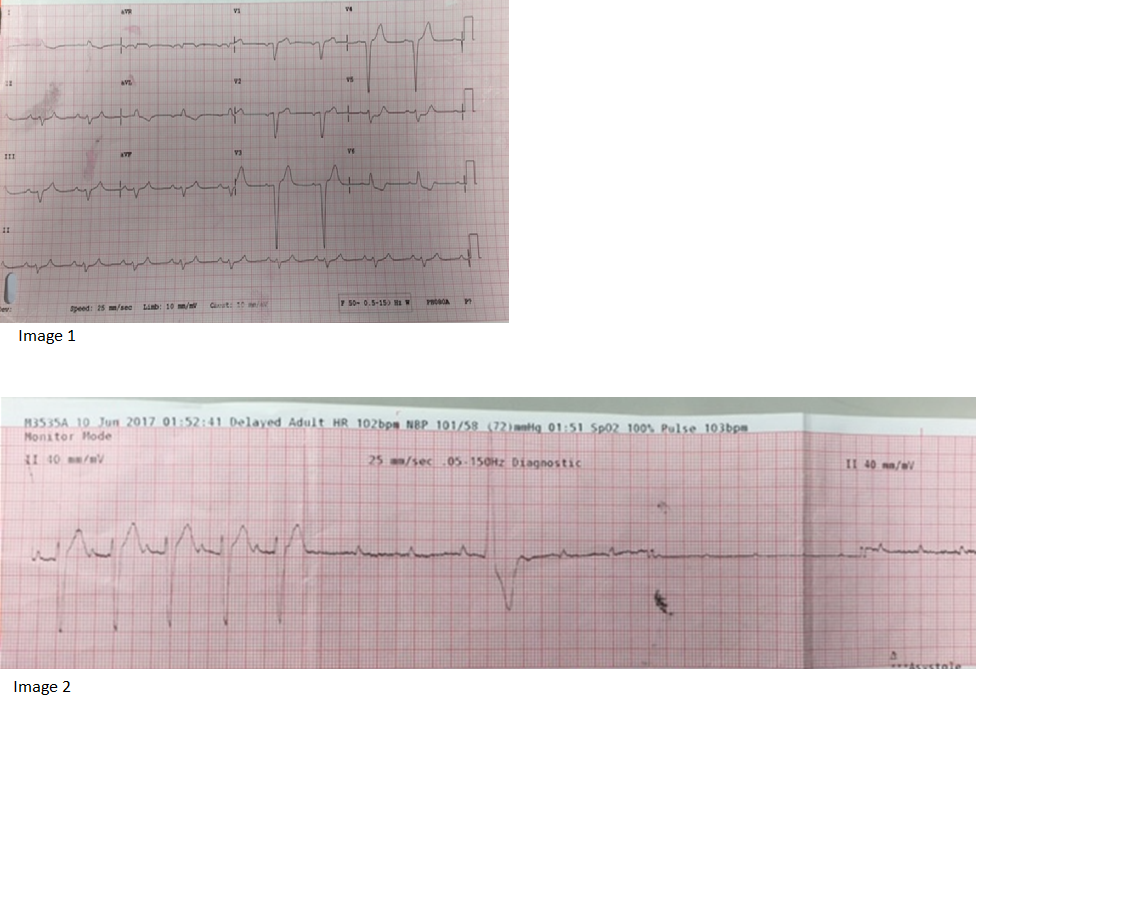