Case Presentation: A 60-year-old woman presented with non-healing bilateral lower extremity ulcers. She had a history of systemic lupus erythematosus (SLE) treated with prednisone, azathioprine, methotrexate, and hydroxychloroquine. She previously took warfarin for treatment of a deep vein thrombosis (DVT), but was switched to apixaban after developing a purpuric rash. On presentation, her right calf had full-thickness ulceration extending to the fascia and her left calf had several atrophic, erythematous plaques with central ulceration and purpuric patches. Laboratory results revealed a normal CBC, normal creatinine 0.51 mg/dL, and elevated sedimentation rate and c-reactive protein. Rheumatologic workup was positive for antinuclear antibody and lupus anticoagulant, low C3 complement, elevated anti-Ro/SS-A antibody, but negative for MPO/PR3 and cryoglobulins. Doppler ultrasound was negative for DVT. Wedge biopsy from the right lower extremity revealed calciphylaxis with secondary bullae formation. She was treated with sodium thiosulfate 25 grams three times weekly, then increased to five times weekly. She demonstrated a gradual clinical improvement and was discharged with a three-month treatment course of sodium thiosulfate and follow up in dermatology clinic.

Discussion: Calciphylaxis is a rapidly progressive and potentially life-threatening disorder characterized by cutaneous microvascular calcification leading to ischemia and necrosis. It may be complicated by secondary infection, sepsis, amputation, and death. Calciphylaxis is most often seen in end-stage renal disease, but it has been observed in patients with normal renal function. We present the fourth documented case of calciphylaxis in a patient with SLE and normal renal function.1-3 While the first published case involved transfer to a tertiary hospital3 and the subsequent cases were complicated by sepsis and death,1,2 ours is the first to highlight successful treatment with sodium thiosulfate. Sodium thiosulfate is a potent antioxidant, vasodilator, and chelator, and can provide rapid relief from ischemic pain and gradual wound healing.4
Our patient’s risk factors for calciphylaxis included female gender, obesity, and chronic steroid use. Autoimmune diseases like SLE are also associated with an earlier-onset and higher incidence of arterial calcification.5 Warfarin is also a risk factor for calciphylaxis, thought to act via Vitamin K inhibition leading to unbalanced calcification regulatory proteins.6 Our patient was on warfarin when she developed purpura, and despite replacing warfarin with a direct-oral anticoagulant, she had progressive ulceration and new lesion formation. This suggests that warfarin may have sensitized her to develop accelerated vascular calcification.

Conclusions: Chronic wounds are commonly encountered by internists. It is imperative that physicians are able to recognize when routine wound care is insufficient and subspecialty involvement with skin biopsy may be needed. Non-uremic calciphylaxis in patients with SLE and normal renal function is a rare but potentially fatal diagnosis. High clinical suspicion is warranted in select patients presenting with non-healing ulcers as treatment can significantly relieve symptoms and promote wound healing. 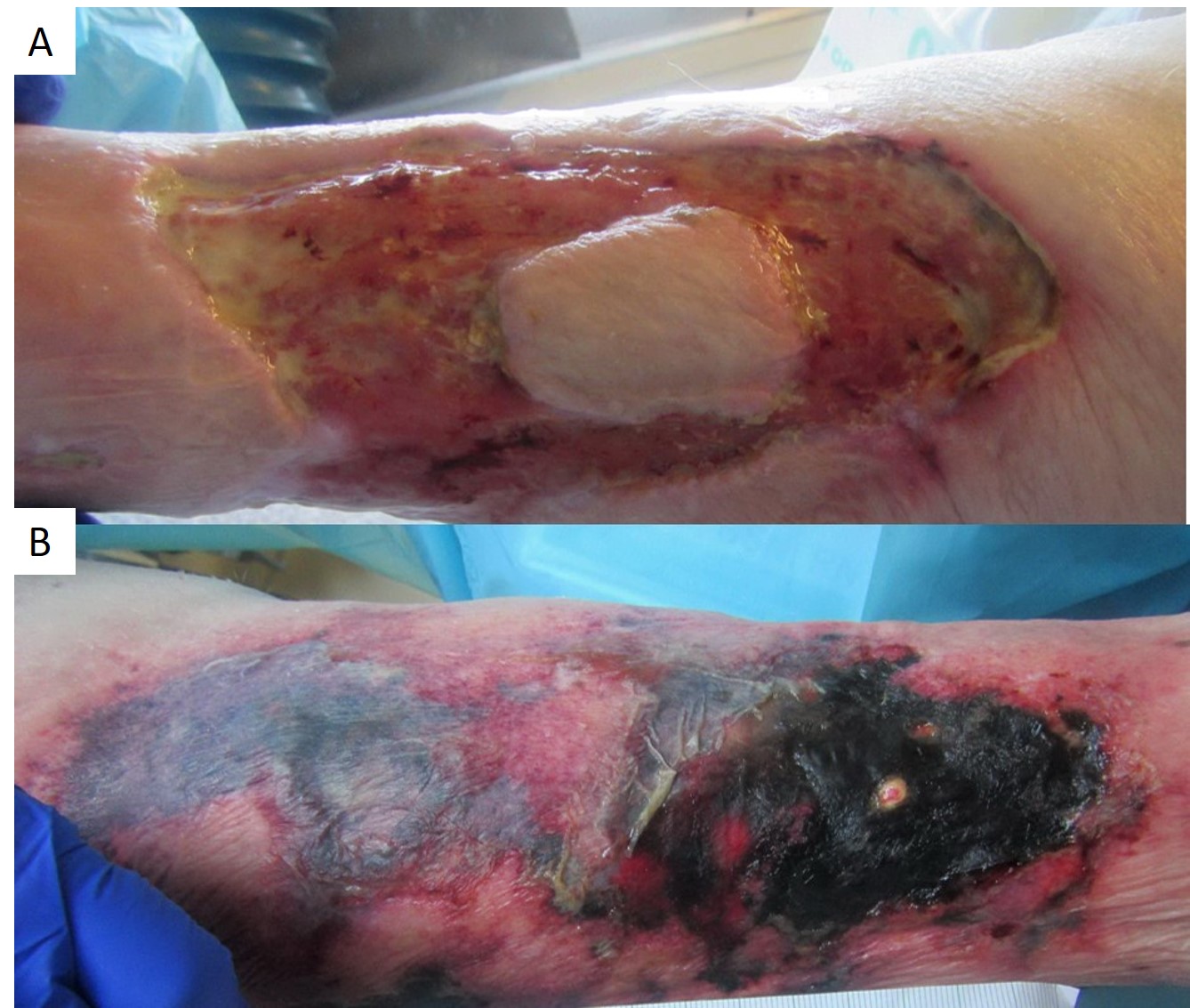 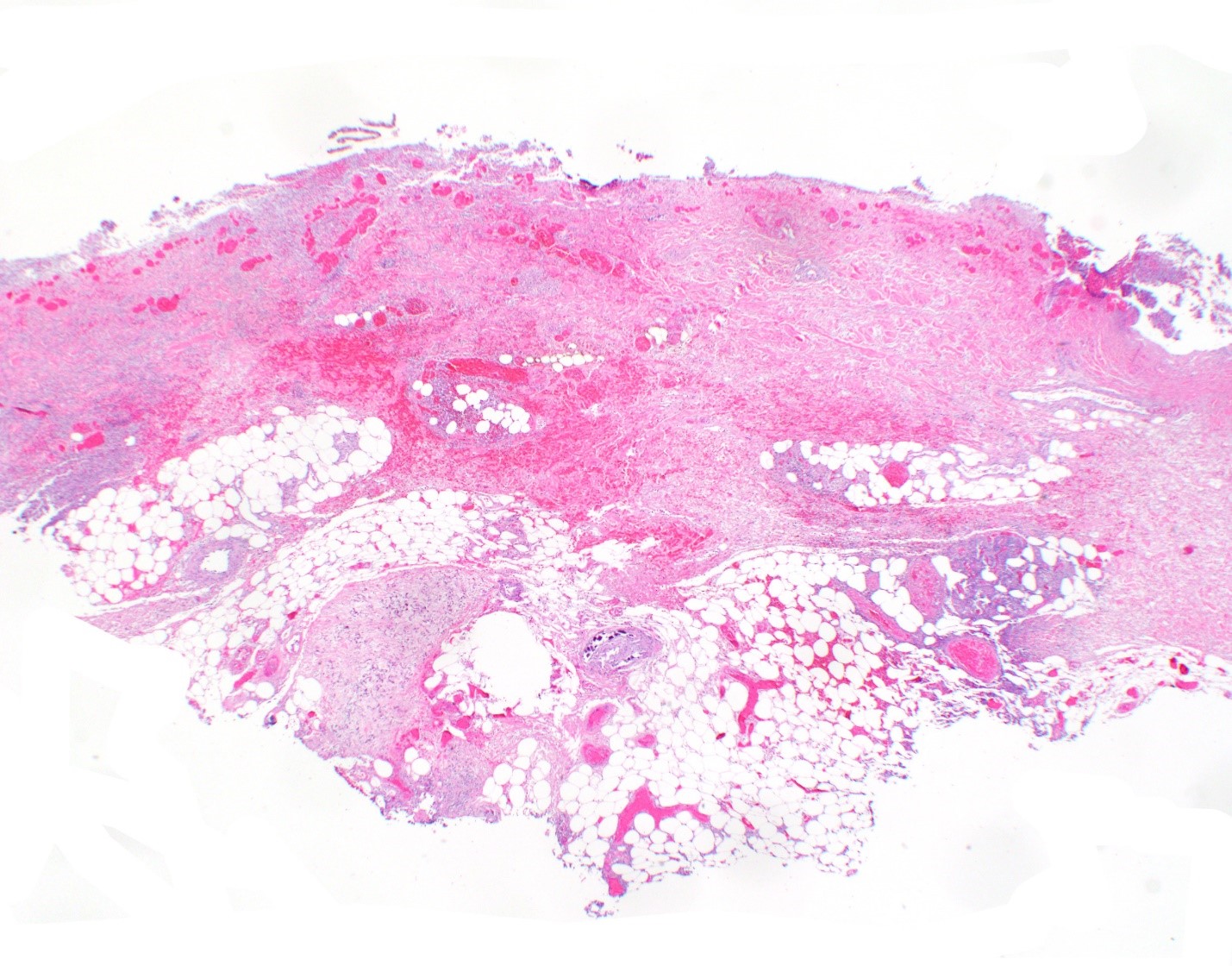