Venous thromboembolism (VTE) is the third‐leading cause of cardiovascular death. Approximately 60,000 people die from VTE each year; however, VTE is the most common preventable cause of hospital death. Without prophylaxis, VTE occurs in 10%–26% of medicine patients. This study assessed rates of pharmacologic and mechanical venous thromboembolism prophylaxis at an academic medical center. 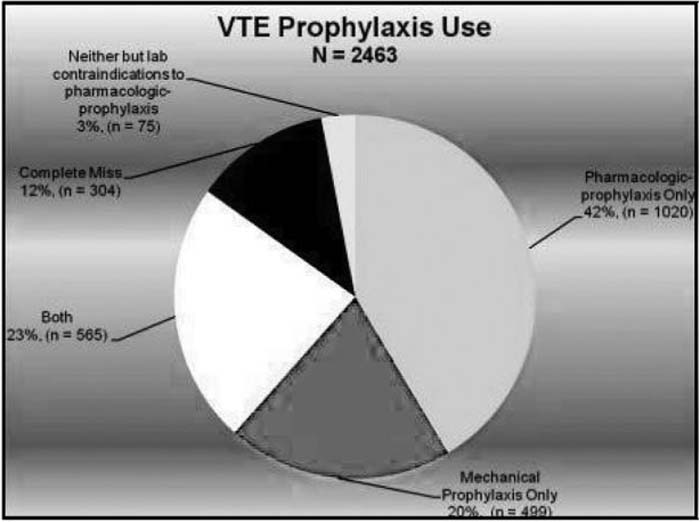