Preventable readmission for Heart Failure (HF) was estimated to be 27.1%. HF readmission may suggest inadequate treatment during a previous stay. For example, only 50% of patients have complete resolution of their congestive symptoms at hospital discharge. Fewer than 50% of the patients were discharged with at least 5‐6 lbs. weight loss. Twenty‐seven percent still had edema at discharge. The national average of HF readmission rate was 24.6%. Our HF readmission rate at our institution was as high as 25.5% in 2011.

We found that many of our patients were not clinically ready at the time of discharge according to Heart Failure Society of America (HFSA) Guidelines and clinical evidence. In response to the findings seen nationally and in our patient population we created a multidisciplinary HF Discharge Readiness Checklist (Figure 1) using the HFSA guidelines, as well as BNP level, code status discussion, and evidence‐based care transition.

In April 2012, we began utilizing the checklist on all patients with a primary diagnosis of HF. The RN HF coordinator and the RN case manager monitored the use of the checklist daily and provided feedback to the physicians and healthcare team to ensure compliance.

Use of a HF discharge readiness checklist is strongly associated with a reduction in HF readmission rates. It serves as a guide for better patient care coordination and to decrease unexplained practice variations. It has strong implications in terms of quality of care, morbidity, patient satisfaction, and cost reduction 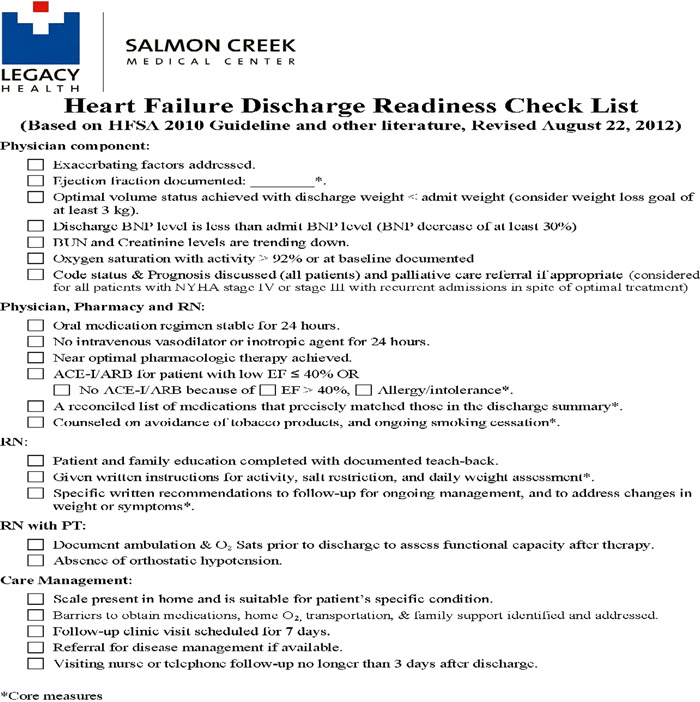 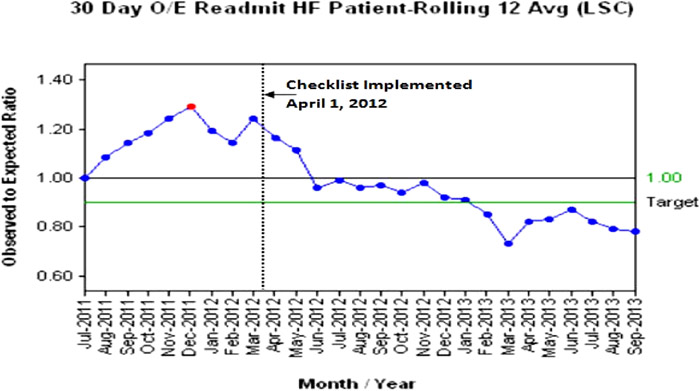