Deep vein thrombosis (DVT)–related pulmonary embolism (PE) is the most common cause of preventable death in hospitalized patients. A large tertiary‐care academic medical center focused on increasing venous thromboembolism (VTE) prophylaxis for all medicine inpatients to reduce the risk of developing a DVT or PE. Admission order sets that prompt physicians to start VTE prophylaxis or to document a contraindication are effective but do not address situations when a contraindication on admission may no longer be valid later in the hospital stay. In addition, once prophylaxis is discontinued for procedures or subsequent bleeding risks, it is often not restarted once the contraindication is no longer present. To address this, a process was developed that reminded physicians 6 hours after admission and every subsequent 24 hours to start or resume VTE prophylaxis. This allowed contraindications to prophylaxis to be reevaluated throughout the entire inpatient stay. 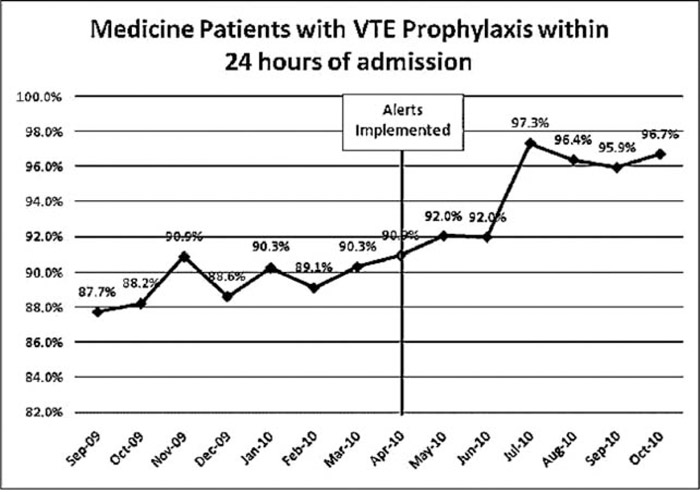