Thrombophilia testing is frequently ordered in the inpatient setting. However, testing is costly and can be misleading in the setting of acute thromboembolism or concurrent anticoagulation use. Furthermore, hereditary thrombophilias do not predict a clinically significant increase in VTE recurrence.

We conducted an educational intervention with a randomized cross-over design for Internal Medicine interns at a major academic center during academic year 2014.  Interns were randomized into two groups which received an hour-long interactive session either during the first or second half of the academic year (early and late intervention, respectively). The lecture focused on evidence-based guidelines regarding thrombophilia workups. We then assessed for intern ordering habits for thrombophilia before and after the intervention.

In total, we reviewed 2151 orders and found 934 inappropriate (43.4%). The two intervention groups placed 147 orders within their 18 month study period. 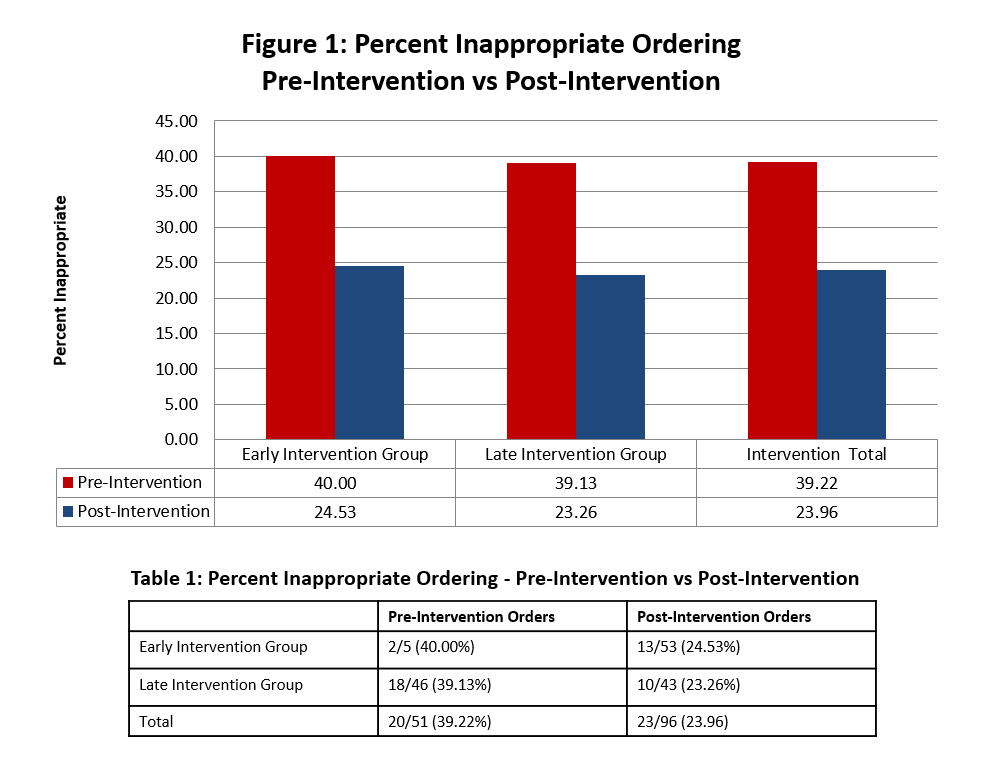