Discussion: Although the majority of ovarian neoplasms with omental metastases are primary ovarian malignancies, metastatic cancer may also present similarly. A Krunkenburg tumor is an ovarian neoplasm that has metastasized from another site, predominantly breast and gastrointestinal carcinoma. As in this case, primary gastric lesions may be missed on abdominal CT scans due to low sensitivity, Thus, tissue biopsy is essential for differentiating the origin of ovarian masses if other workup is unrevealing.

Numerous paraneoplastic dermatoses have been associated with gastric cancer. The most common of them is acanthosis nigricans, followed by dermatomyositis, erythroderma, and ichthyosis. To the authors’ knowledge, this is the first reported case of a Krukenburg tumor from a signet cell gastric adenocarcinoma presenting with a paraneoplastic dermatosis.

Conclusions: Paraneoplastic dermatoses can be an initial symptom of many cancers, and the ability to identify them is essential for initiating work-up of a potential malignancy. Although this patient’s initial work-up was consistent with a primary ovarian malignancy, tissue biopsy and further evaluation showed that her primary lesion was a gastric adenocarcinoma. Though rare, clinicians should include Krukenburg tumors in their differential diagnoses for ovarian masses. 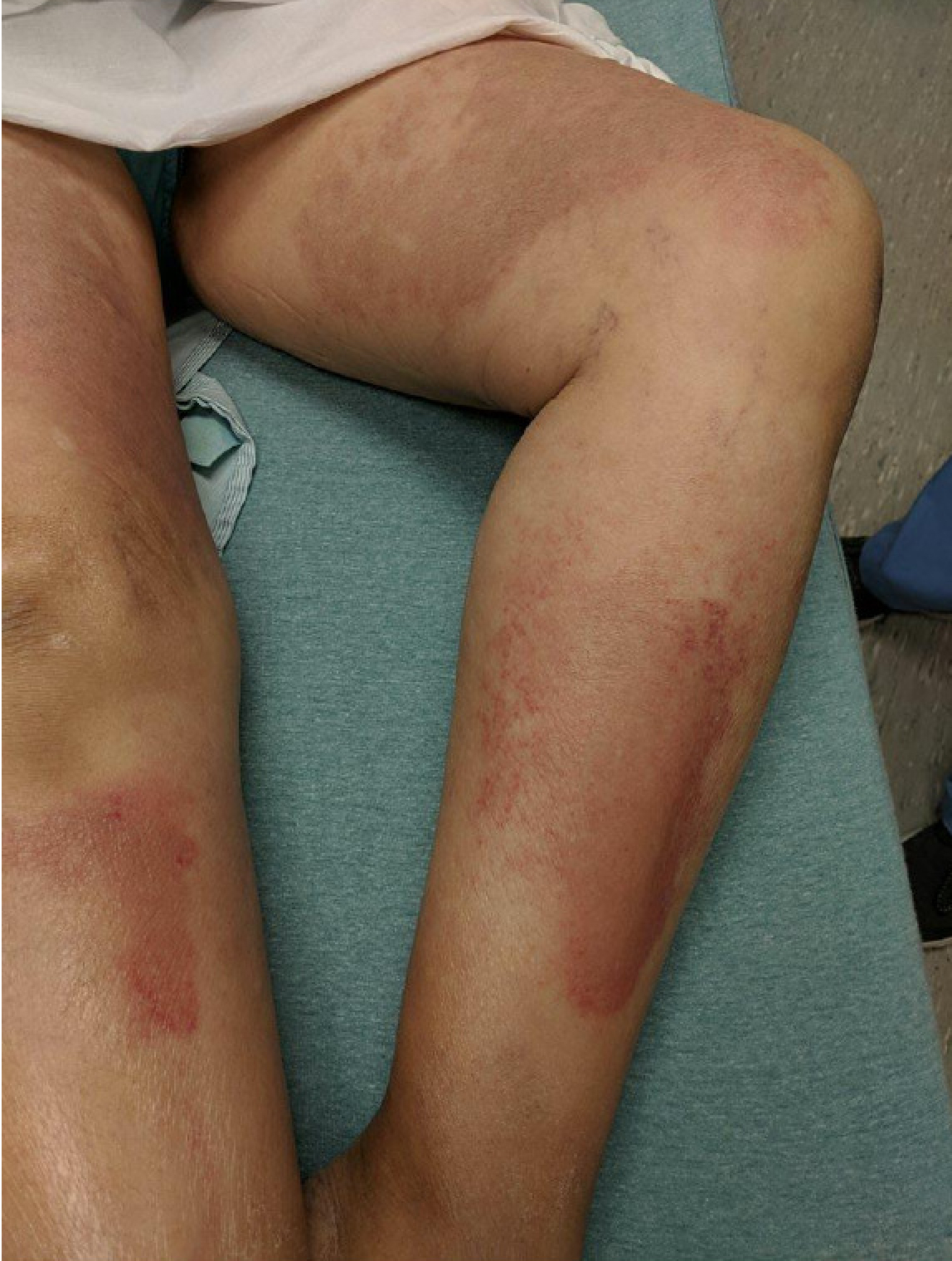