A 28‐year‐old nursing student with a history of bipolar disorder presented to Tucson Medical Center with symptoms of ataxia and bilateral lower‐extremity weakness of a few weeks’ duration. She had paresthesias that started in the feet and ascended up to the trunk. She had fallen several times with no loss of consciousness. On exam, she had reduced vibration and proprioception in the legs. Tone was increased, and deep tendon reflexes were brisk. She had positive Lhermitte's and gait ataxia. Rom‐berg's sign was present. She had macrocytic anemia (MCV 115), and vitamin B12 levels were in the low normal range—254 pg/mL (reference for low, 239). She did have elevated homocysteine and methylmalonic acid levels. On further questioning, she admitted to using 100 whippit 8.5‐g canisters of N2O daily. She had started doing this because of personal relationship problems at home. Cere‐brospinal fluid findings were normal, and MRI showed signal abnormality in the cervical and thoracic spine. EMG/ NCS was terminated because of lack of cooperation, and outpatient NCS was scheduled. She was started on vitamin B12 injections and sent to a rehabilitation facility.

Neurological manifestations of B12 deficiency include subacute combined degeneration (SCD), polyneuropathy, dementia, and optic nerve involvement. A decreased B12 level and an elevated MCV are seen very often. A minority of patients with SCD has normal serum levels of B12, and in such patients, serum and urine homocysteine and methylmalonic acid metabolites are useful to confirm the diagnosis. N2O is a gas used because of its analgesic effects during surgery. Because of its ability to lift mood, it is also a common drug of misuse and abuse. N2O may provoke symptoms of B12 deficiency because of the impairment of the methylcobalamin‐dependent methionine synthetase reaction. It seems likely that patients having subclinical vitamin B12 deficiency are candidates for the N2O‐provoked SCD. 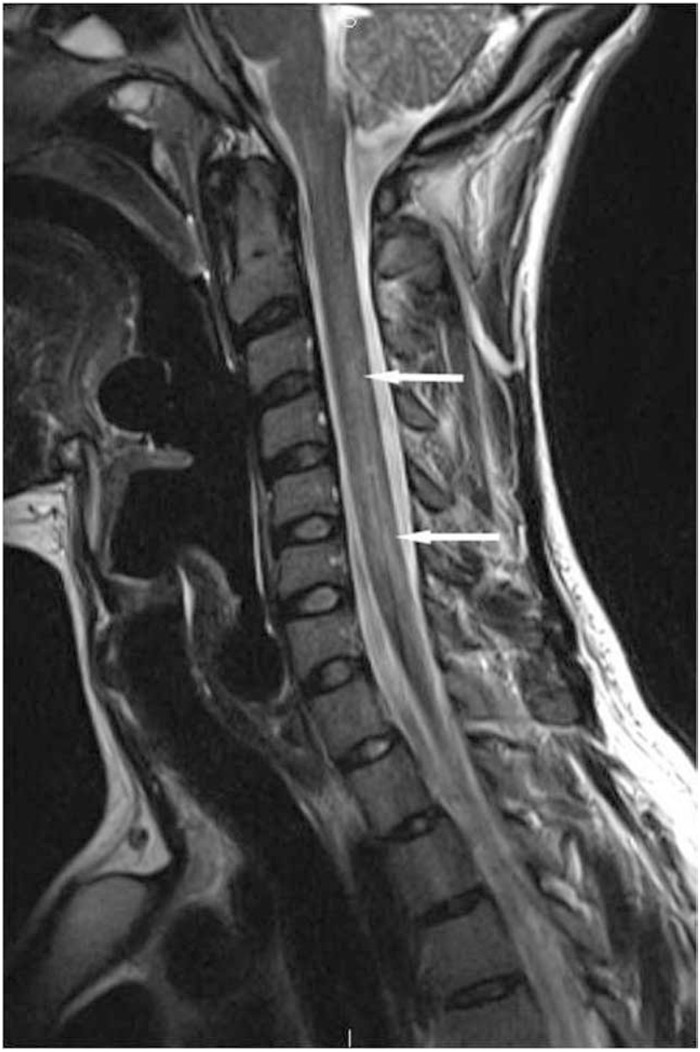 Although several case reports have been published describing SCD caused by nitrous oxide anesthesia, reports of N2O abuse causing such a syndrome are rare. This case highlights the importance of taking a good social and recreation drug history and also being vigilant about anesthetic choice in patients with macrocytic anemia and vitamin B12 deficiency.