Case Presentation: A 38-year-old male admitted for gastroenteritis was found to have an incidental finding of linear density in right ventricle (RV) on abdominal x-ray. He had a history of lower extremity deep venous thrombosis (DVT) in the post-splenectomy period (secondary splenic abscess following trauma) 5 years back. Due to non-compliance, a temporary Bard G2 IVC filter had been placed which could not be retrieved as patient was lost to follow up.

On computed tomography scan, a linear density was noted in anterior wall of RV which was consistent with possible broken leg strut of the IVC filter (Panel D). Patient denied any cardiac symptoms and his electrocardiography was normal. Echocardiography demonstrated an echodense linear structure lying adjacent to the right ventricular free wall without any thrombus or impairment of flow. Inferior venacaval remnant of the filter was completely removed after two separate attempts (Panels F, G, H). Endovascular removal of the right ventricular fragment was unsuccessful due to possible endothelialization and surgical removal was deemed high risk. Patient was subsequently discharged home with bi-annual echocardiographic follow-up to ensure stability of the fragment.

Discussion: Loss of the filter’s structural integrity (i.e., breakage or separation of a filter strut), has been estimated to be as high as 2% to 10% for permanent filters. However, this risk is substantially higher (up to 16%) for Bard G2 retrievable filters. Filter fracture results from structural changes in the filter which can be spontaneous or secondary to dislodgement of the filter. It has been hypothesized that spontaneous filter fragmentation and embolization might be due to metal fatigue which may be related to the time it remains implanted. Although embolization of filter fragments could be asymptomatic (2/6 in a case series), life-threatening complications like arrhythmias, ventricular perforation and cardiac tamponade and death have been reported in a few cases.

Conclusions: Removal of temporary filter is imperative once the indication for IVC filter placement is resolved. Although there is no consensus regarding optimum method for long term follow up, surveillance with plain abdominal x-rays in asymptomatic patients, especially with permanent IVC filters, may be recommended. Filter removal is indicated in any case of filter fracture and should be replaced if needed. 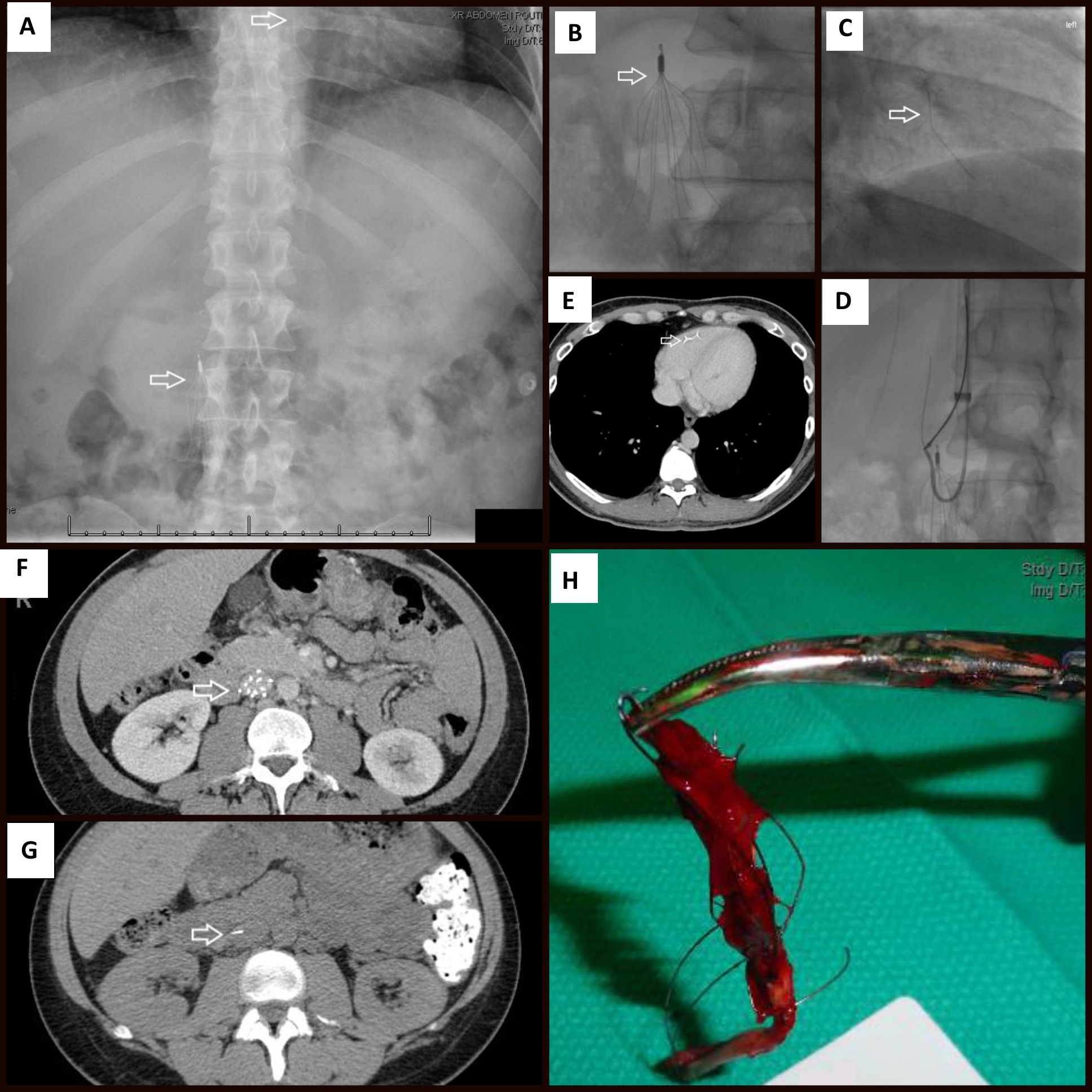