Case Presentation: A previously healthy 21-year-old man presented to the emergency department with a three-day history of rash, fever, and fatigue. The rash first appeared on his trunk and spread to his arms and hands on the first day of illness. Over the next two days, he developed worsening fevers and fatigue, and was sleeping up to 20 hours per day. The rash became painful and spread to palms and soles. Patient also had swelling in his hands and feet, but no discrete joint swelling. He denied any sick contacts or tick exposure.
On presentation, patient was febrile with temperature 101° F, tachycardic with HR 120, and normotensive. Exam was notable for a generalized erythematous, papular rash with areas of confluence on abdomen, and scattered petechiae on wrists, hands, palms, ankles, and soles. He had non-pitting edema of bilateral hands and feet. Initial labs were notable for creatinine of 1.77, platelets 143, and normal WBC count and hemoglobin. Liver enzymes were normal with normal synthetic function. Peripheral smear showed no hemolysis.

Discussion: Parvovirus B19 most commonly presents in pediatric patients with a “slapped-cheek” rash known as erythema infectiosum. Healthy adults with Parvovirus are usually asymptomatic; classic erythema infectiosum is seldom seen. Adults who do become symptomatic typically have a self-limited flu-like illness with fever and arthralgias, and may have associated reticulocytopenia.

This patient presented with sepsis secondary to Parvovirus B19. Parvovirus is an unusual cause of sepsis in immunocompetent adults, although cases have been described. Parvovirus is also associated with a variety of dermatologic manifestations in adults. A rare, but well-documented, complication of Parvovirus is Papular-Purpuric Gloves and Socks Syndrome (PPGSS). PPGSS is a self-limited viral dermatosis that involves a painful or pruritic papular and petechial rash with edema of the hands, feet, palms, and soles. Of approximately 100 reported cases of PPGSS, 70% are associated with Parvovirus B19. This patient had a classic presentation of Parvovirus-associated PPGSS.

Conclusions: Parvovirus B19 is an uncommon cause of both sepsis and Papular-Purpuric Gloves and Socks Syndrome in immunocompetent adults. This diagnosis must be considered when the clinical presentation is appropriate. 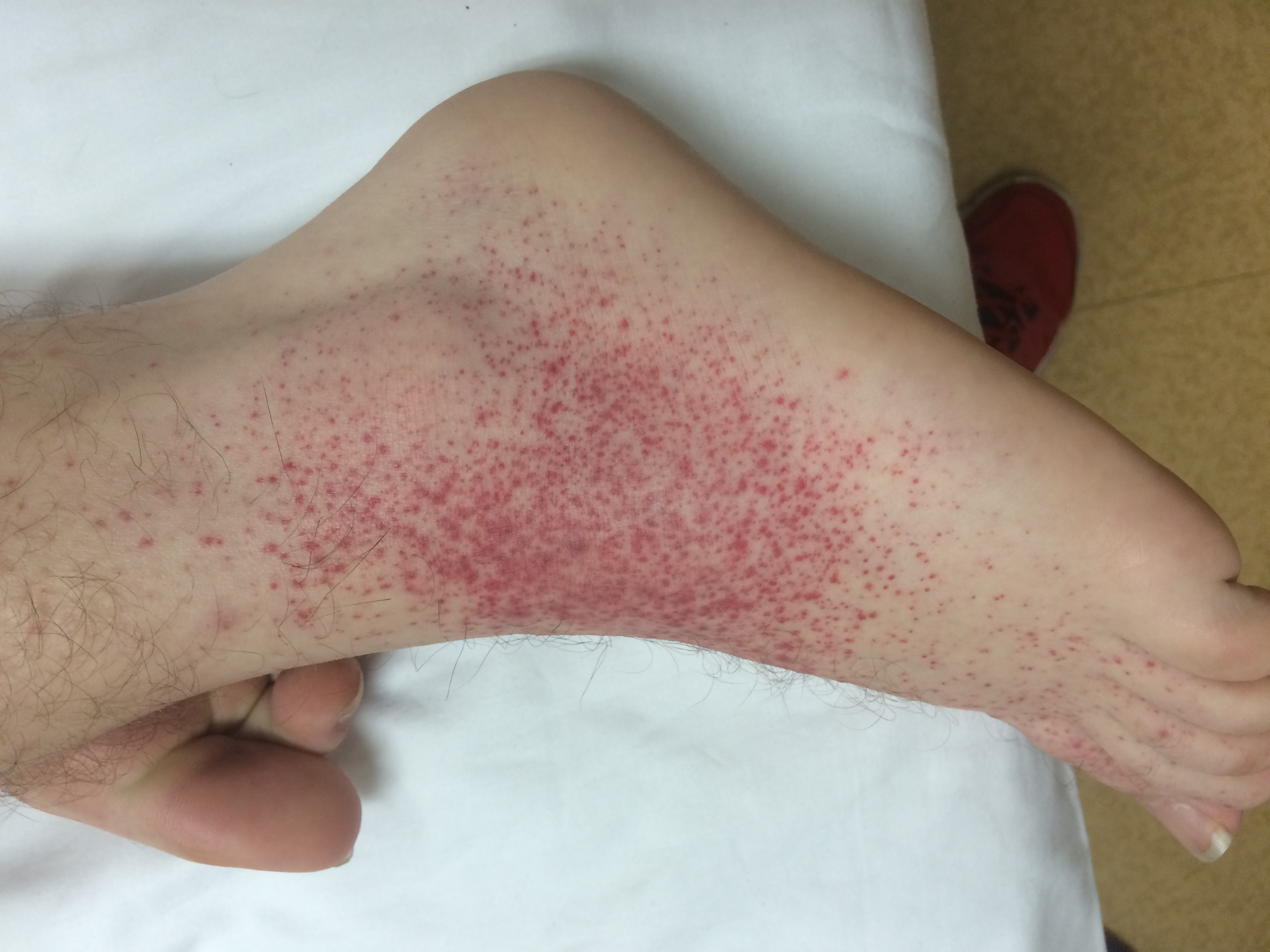 Wimberly, KE; Ayach, T. SOMETHING UP HIS SLEEVE: PARVOVIRUS B19 AS A CAUSE OF SEPSIS AND A STOCKING-GLOVE RASH. Abstract published at Hospital Medicine 2019, March 24-27, National Harbor, Md. Abstract 488. https://www.shmabstracts.com/abstract/something-up-his-sleeve-parvovirus-b19-as-a-cause-of-sepsis-and-a-stocking-glove-rash/. Accessed January 22, 2020.