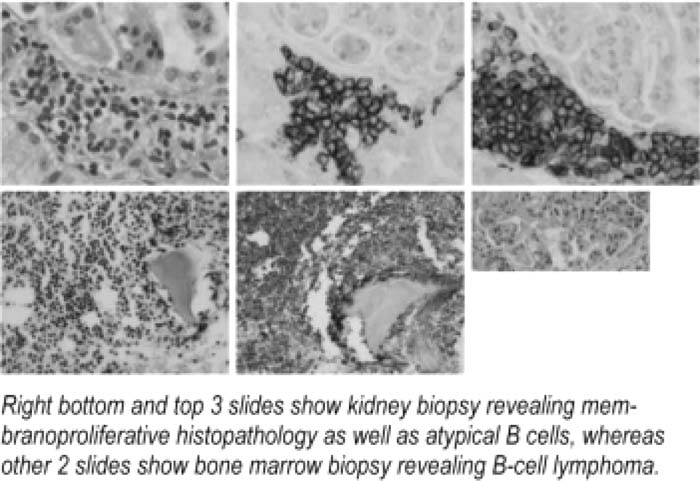 Renal involvement in lymphomatoid malignancy is a well‐known phenomenon, and renal manifestations include acute renal failure, chronic renal failure, and proteinuria with or without nephrotic syndrome. These renal manifestations, however, usually develop in later stages ot lymphomas after other manifestations, whereas in our reported case, This patient developed MPGN as a complication of primary B‐cell lymphoma, and it was the only extranodal manifestation of lymphoma, which is very rare but fortunately led to the primary diagnosis. Its pathogenesis involves cryoglobulin and/or immunoglobulin synthesis by a secretory B‐cell clone.

The possibility of lymphoma should be taken into consideration in patients with unexplained proteinuria, and renal biopsy is a good tool with which to make an early diagnosis.