A 47-year-old previously healthy female presented with several months of non-productive cough, head congestion, then developed progressive dyspnea on exertion, night sweats. She was initially treated for sinusitis as an outpatient. Physical exam demonstrated mild facial edema and reduced breath sounds in the right upper lobe. CT angiography revealed a large mediastinal mass with right upper lobe consolidation, SVC compression with extension into bilateral pulmonary arteries and bronchi, and pleural effusion. A large pericardial effusion was seen on echocardiogram suggestive of early cardiac tamponade. Pleural fluid sample was consistent with a bloody exudate without malignant cells and CT-guided biopsy of the mediastinal mass yielded necrotic tissue that was nondiagnostic. PET/CT was negative for extrathoracic metastases amenable to biopsy. She was deemed too high risk for anesthesia induction for wedge biopsy as the SVC obstruction and cardiac tamponade placed her at risk for significantly reduced cardiac preload, as such, mediastinoscopy with open biopsy under regional nerve block obtained definitive tissue diagnosis revealing MDM2+ high grade pleiomorphic undifferentiated sarcoma, favoring pulmonary artery intimal sarcoma. The initial treatment plan was surgical resection followed by adjuvant chemotherapy. However, during her hospital course, she developed hoarseness, leading to concern for new tumor invasion. Further imaging via CT confirmed tumor progression and the mass was deemed unresectable. She started ifosfamide with concurrent radiation without complications and was discharged to home for outpatient oncology follow-up.

Pulmonary artery sarcoma is a rare, aggressive disease which carries a poor prognosis. It typically behaves as an intraluminal growth, presents with symptoms of pulmonary embolus or heart failure, and is often misdiagnosed as pulmonary embolism on imaging. Our patient had an atypical presentation with symptoms of sinusitis and signs of SVC syndrome. Diagnosis is accomplished by biopsy and this case presents the difficulty in the approach for tissue diagnosis in the setting of SVC obstruction, as the invasion of the surrounding structures creates significant potential for hemodynamic compromise with intervention. The clinical course demonstrates the importance of expedited diagnosis as the sarcoma progressed from potentially resectable to unresectable during the course of management, and carries an associated decline in prognosis without surgery.

Pulmonary artery sarcomas are rare yet potentially lethal. Given the nonspecific clinical symptoms and low incidence, diagnosis and treatment is often delayed resulting in devastating outcomes. Sufficient tissue diagnosis should be obtained as soon as possible. 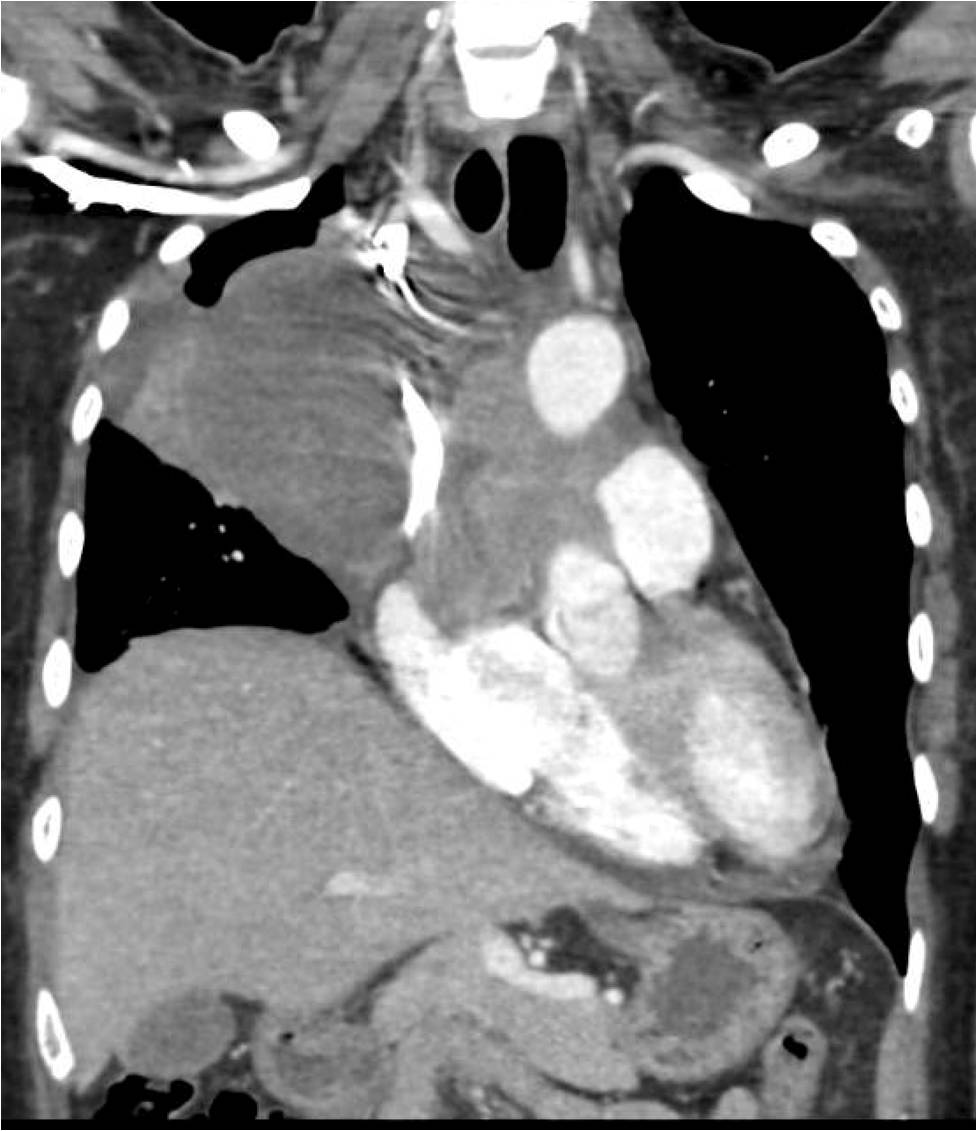