An 89 year-old man presented after being found down at home. His history included hypertension and hyperlipidemia. His exam was notable for an irregularly irregular rhythm at a rate of 150 beats per minute. EKG showed new coarse atrial fibrillation which was rate controlled with metoprolol prior to his spontaneous conversion to sinus rhythm. Trans-thoracic echocardiography revealed a large, lobulated, homogeneous mass affixed to the posterior wall of the right atrium, measuring 3.8 cm x 1.7 cm, whose appearance was most consistent with thrombus. The echocardiogram did not show evidence of pulmonary hypertension or elevated right-sided pressures. The patient was started on therapeutic anticoagulation with heparin. During the subsequent week he remained hemodynamically stable. A repeat echocardiogram performed 6 days after the initial study showed resolution of the previous right atrial mass. He was discharged in stable condition to continue anticoagulation as an outpatient. 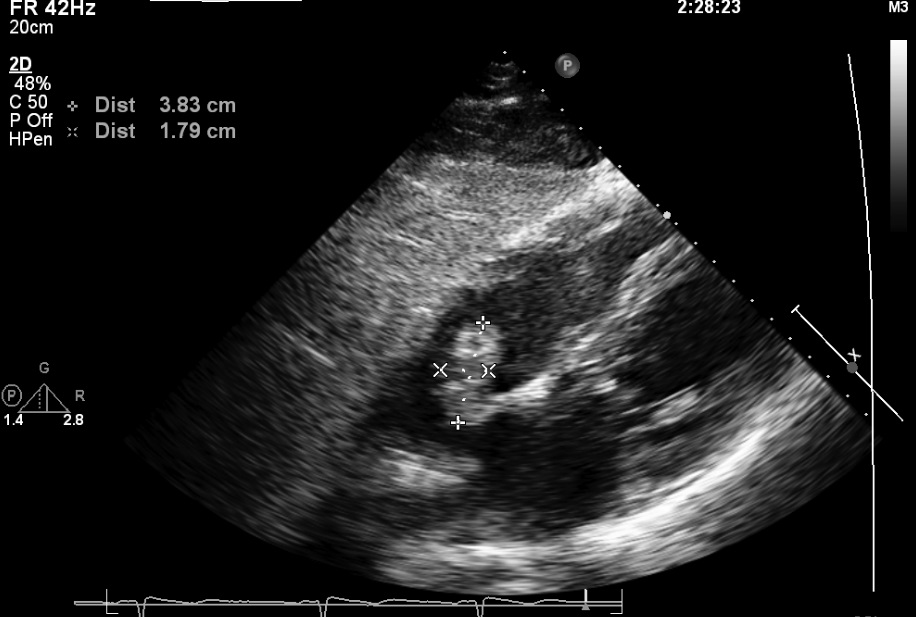