Nonabsorbable disaccharides such as lactulose and poorly absorbed antibiotics such as neomycin and rifaximin are commonly used in the treatment of hepatic encephalopathy (HE). Although several studies have examined the efficacy of rifaximin in patients with HE, results of such trials has been inconsistent. We therefore performed a meta‐analysis of randomized controlled trials to evaluate the efficacy of rifaximin in comparison with other commonly used agents for the treatment of HE.

PubMed, EMBASE, and the Cochrane Central Register of Controlled Trials databases were searched from the inception of these databases up to December 2007. Clinical trials that randomized patients with HE to either rifaximin or a control group and reported on either improvement in HE or changes in blood ammonia level were included. References of the retrieved articles were hand‐searched for additional relevant studies. Data on study characteristics, study quality, and outcomes were abstracted independently by 2 investigators, and differences were resolved by consensus. Results were pooled using a random‐effects model. 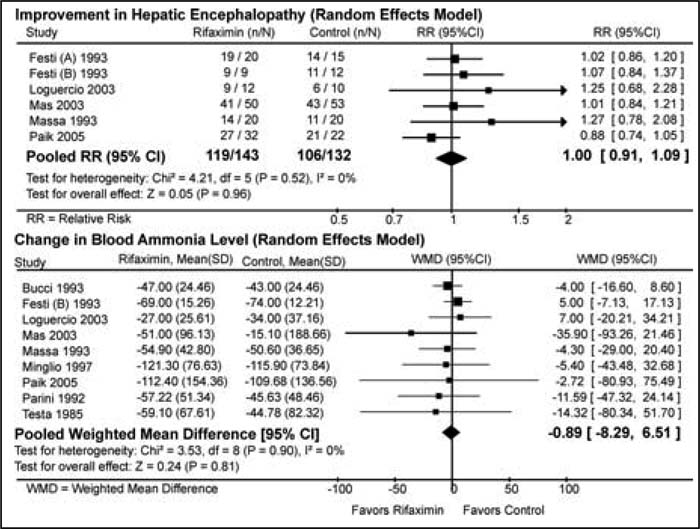 Figure 1. Forest plots of meta‐analyses of change in blood ammonia level or improvement in hepatic encephalopathy with rifaximin.