The early signs and symptoms of patients at risk for clinical deterioration are frequently difficult to assess. The complex nature of patient care coupled with the need for accurate critical evaluation skills contributes highly to this process. Early identification of these at‐risk patients is critical.

The goal of the study was to develop an automated electronic scoring system that will aid caregivers in identifying patients at risk of clinical deterioration.

The Early Warning Scoring (EWS) system was developed at OSF Healthcare to help identify patients at risk during the initial phase of clinical deterioration. It is well documented that patients frequently show physical evidence of deterioration as much as 8‐12 hours prior to a critical event requiring some form of intensive intervention or rescue. Additionally, the RISCC (Risk of Infection to Severe Sepsis and Shock) score for early detection of sepsis is also reported. A combination of other data is included in the single page report. The report is generated 2‐3 times per day. The score provides the opportunity to interrupt the failure to rescue mechanisms by automatically mobilizing a rapid‐response team (RRT) to evaluate patients with high scores. Many studies have shown the use of rapid‐response teams affects clinical deterioration by reductions in non‐ICU codes and mortality.

The EWS system was initially deployed in 2004 at OSF Saint Joseph Medical Center, a 140‐bed tertiary‐care facility. By September 2005 the process was changed to automatically deploy the RRT with certain predetermined scoring criteria. In this hospital, the RRT comprised critical care nurses and respiratory therapists. Use of the EWS system was adopted by all areas of the hospital and as anticipated, the total number of codes both in the ICU and in non‐ICU areas was reduced. Although the numbers were small, reflecting hospital size, there was approximately a 60% reduction in total codes per month and an approximately 40% reduction in codes in non‐ICU areas. Interpretation of the success of the use of this system is limited by this hospital having many patient safety efforts moving forward simultaneously. Attempts to control other variables during implementation of the EWS system were virtually impossible, and it was desired that other safety efforts not be halted during this implementation. Although use of the EWS system alone cannot completely explain the reduction in codes, it is surmised that the system has made a significant contribution. 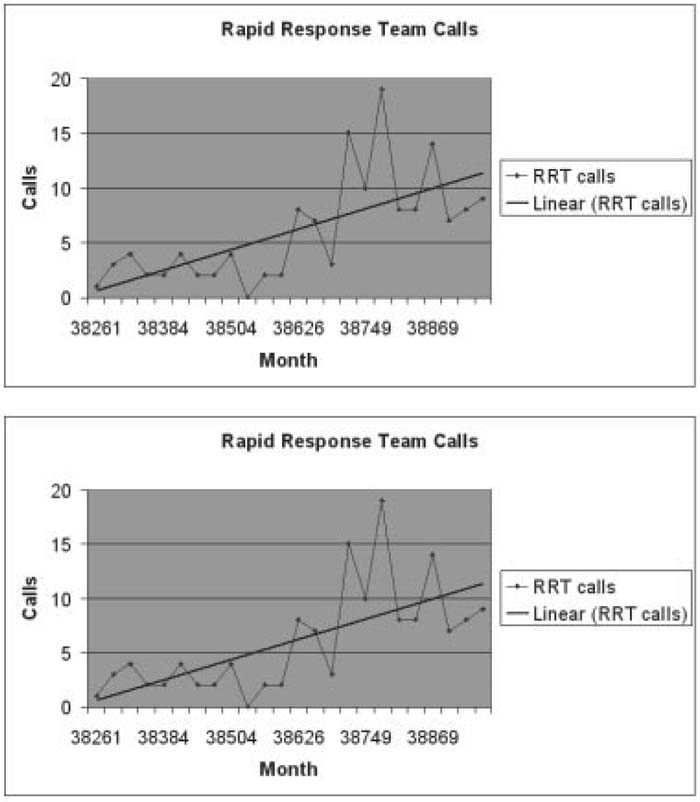 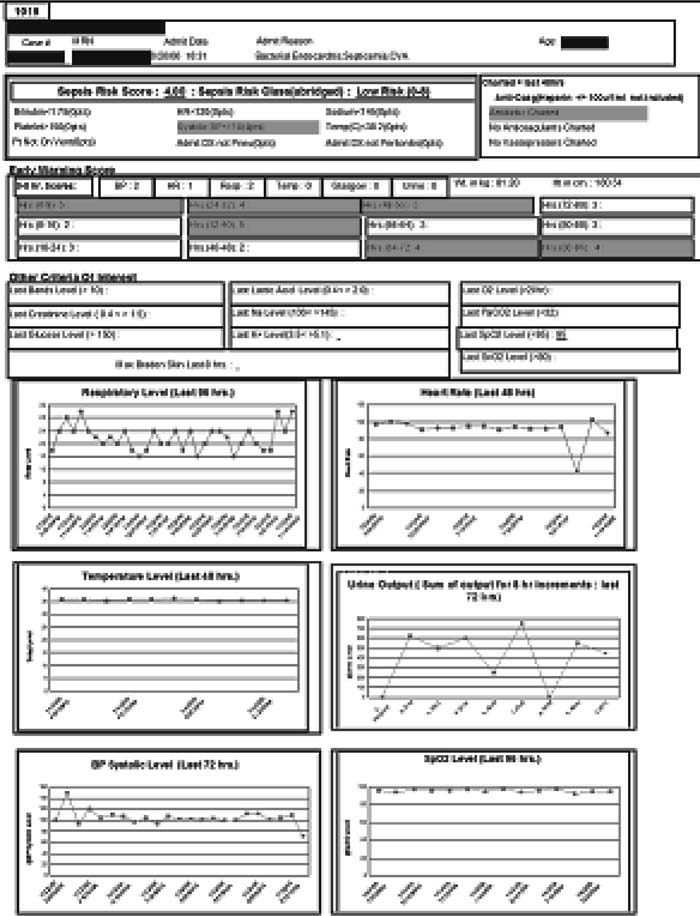