It is unknown whether major changes in population insurance coverage are associated with changes in thirty‐day hospital readmission rates, despite the Affordable Care Act’s coverage expansions coming into effect this year.

We used a difference‐in‐differences quasi‐experimental design that incorporated data from 2004‐2010, two years before and after the 2006‐2008 Massachusetts insurance expansion.

Claims databases from the Massachusetts government were obtained, consisting of all patient admissions to all MA hospitals reported on a quarterly basis for the fiscal year. Hospitals were stratified into quartiles based on the pre‐reform insurance status of their patient populations. Patients 65 years or older and those younger than 18 years were excluded to focus on the demographic that benefited most from Massachusetts’ insurance expansion.

The insurance expansions of the Affordable Care Act are similar in time frame and mechanism but greater in magnitude than the Massachusetts law. Thus, the Massachusetts experience suggests that as the country goes through ACA’s major insurance expansion, facilities that cared disproportionately for uninsured patients prior to the expansion may similarly experience increases in readmissions. 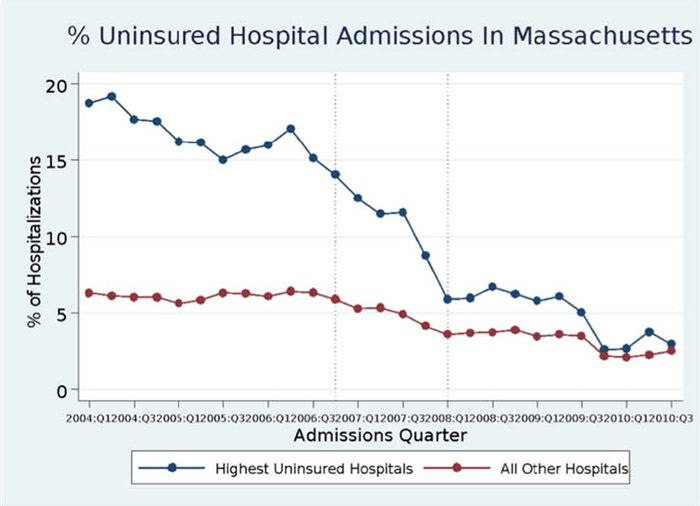 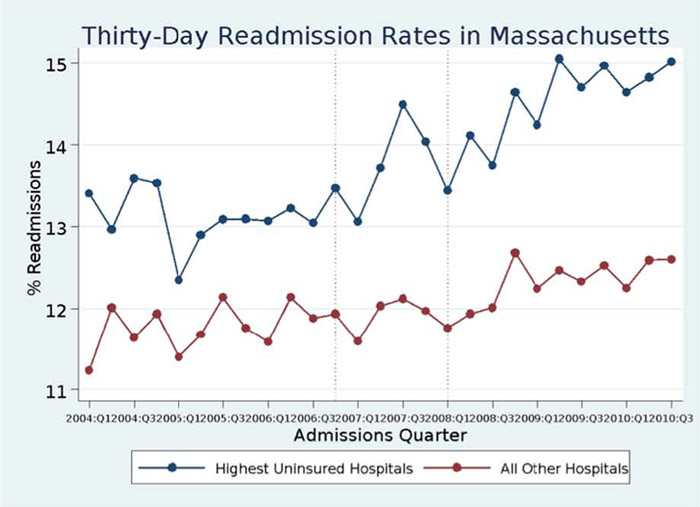