Case Presentation: 72-year-old male with history of hypertension, Stage IIIB squamous cell cancer of the right lung status post chemo-radiation presented to the clinic for a routine annual physical. He was found to be bradycardic with heart rates in the 40s and was subsequently transferred to our hospital for further management.He was asymptomatic with a heart rate of 45/min with otherwise normal vital signs. EKG revealed a complete heart block with a junctional escape, right bundle branch morphology and a left anterior fascicular block. He denied history of heart or thyroid disease. A review of his home medications did not reveal any offending agents. He denied recent tick bites. His lung cancer was treated in 2009 with concurrent chemo-radiotherapy. The chemotherapy regimen consisted of paclitaxel and carboplatin. He received a cumulative radiation dose of 5780 cGy. A surveillance CT scan done an year ago revealed chronic fibrosis of the right lower and middle lobe consistent with post-radiation changes without any evidence of recurrence.
Physical examination was unremarkable except for bradycardia and decreased breath sounds in the right lower lung fields. Diagnostics revealed a normal CBC and metabolic panel. TSH and troponin were within normal limits. A chest x-ray revealed volume loss of right lung base. Echocardiogram revealed an LVEF of 55% with normal RV size and function. LV wall thickness and size was normal. Valvular function and pericardium were normal.
An EP study revealed an infra-Hisian conduction block. A dual chamber pacemaker was implanted without complications and he was discharged home the following day.

Discussion: The complete heart block was believed to be secondary to mediastinal radiation given the degree of radiation exposure, imaging consistent with mediastinal fibrosis and lack of other risk factors. Radiation induced conduction disease in isolation is a rare but documented complication of radiotherapy. Autopsy studies have revealed arteriosclerosis and fibrosis of the SA, AV nodes, their respective approaches and the bundle branches. Right bundle branch block is the most common conduction abnormality reported and complete heart block is the least common. Conduction disease has been known to occur anywhere between 1-23 years post radiation.The risk factors for radiation induced cardiac disease are thought to be the total dose of radiation, concurrent cardio-toxic chemotherapy, proximity of tumour to the heart, the radiation field size and coexistence of other cardiac risk factors. The optimal way to screen patients at risk of developing radiation induced cardiac disease remains unclear given the paucity of data. Hospitalists, the front line caregivers of most hospitals need to be cognizant of the varied presentations of this disease entity to ensure prompt recognition and intervention.

Conclusions: The recognition of radiation induced cardiac disease is complex but critical given its varied severity and spectrum of disease. Obtaining a thorough oncological history is a must in patients at risk.
There is a need to establish registries of patients presenting with radiation induced cardiac disease and more specifically conduction disease, to better understand its natural history in order to institute better screening methods for early recognition. 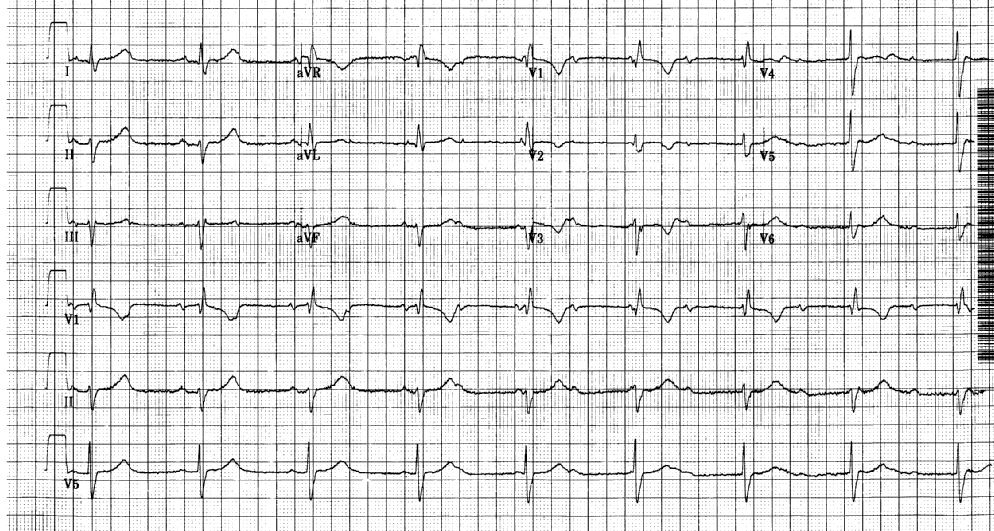