Background: Acute heart failure (AHF) is the major cause of hospital admission and death. Furthermore, patients admitted with AHF have high readmission rates and  postdischarge mortality. Although there have been some reports, which demonstrated the predictive factors of death among patients of acute heart failure in the USA and Europe, there has been no studies which investigate the factors predicting 1 year mortality of AHF in Japan. The objective of our study is to investigate the predictors of death within 1 year among patients admitted with AHF in Japan.

Methods: We conducted a retrospective cohort study of patients who were admitted to our acute care teaching hospital with a primary diagnosis of AHF between April 2013 and March 2015. Patient’s characteristics, DNR status, laboratory and echocardiography data as well as mortality were collected by retrospective chart review or telephone interviews in cases of data deficit. The factors associated with 1 year mortality were analyzed by multivariate regression analysis.

Conclusions: Our study showed that the age≧75 years, BMI<18kg/m2, presence of DNR order, Hb<10g/dl, and BUN≧43mg/dL on admission were predictors of 1 year mortality of AHF. However, our study was performed in a single center; therefore, we need to perform a validation study in different hospitals in Japan. 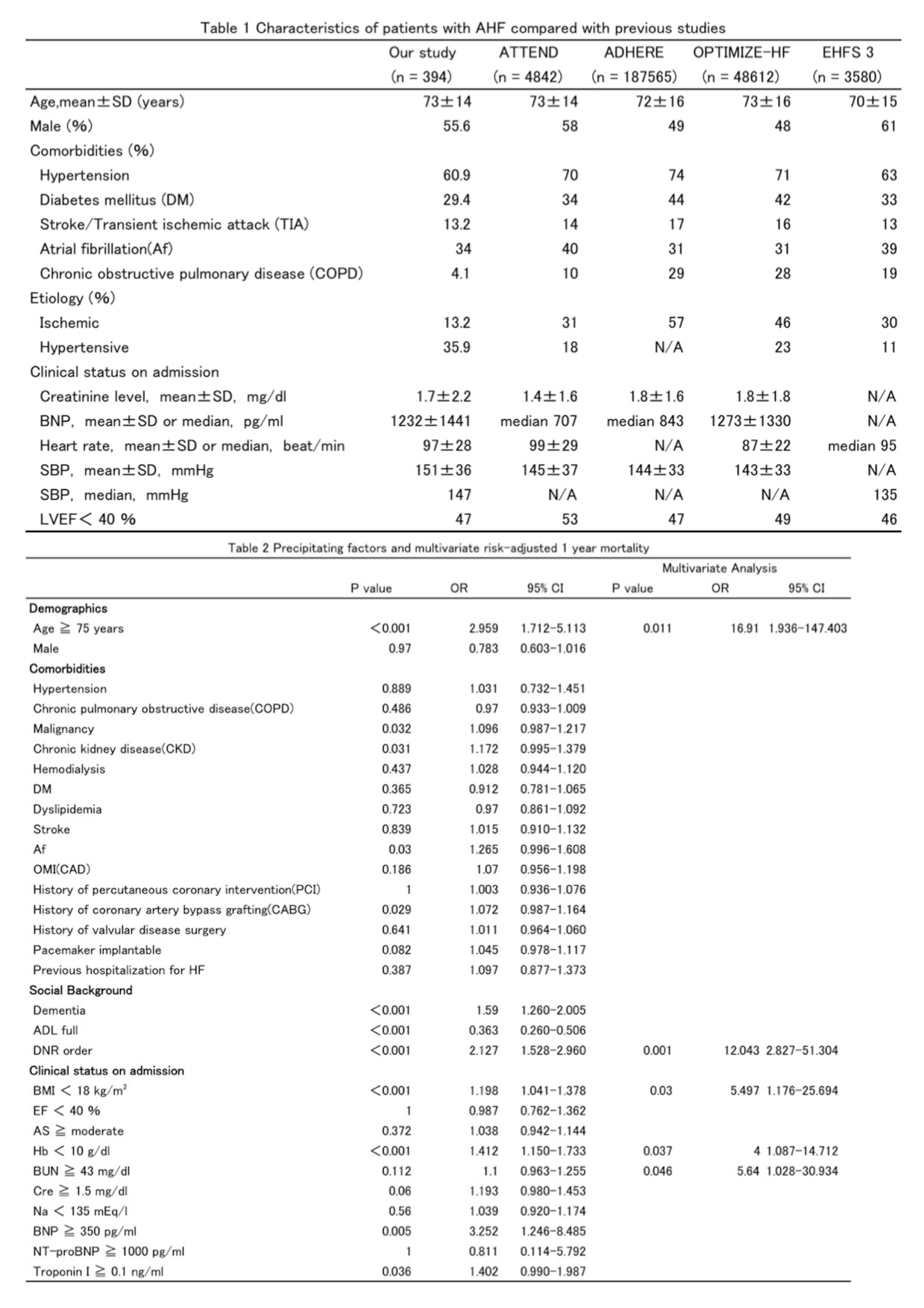