A 56‐year‐old white man with history of gallstone cholecystitis status post‐ERCP 11 years ago with sphincterotomy presented with bilateral upper quadrant pain after meals for 2 days. He had dark urine but no color change in stools. He had no associated nausea, vomiting, or diarrhea. The pertinent physical exams included upper abdomen tenderness with negative Murphy's sign. He was afebrile. His CBC and CHEM 8 were normal, but ALT and AST were elevated at 862 and 584 μg/L, respectively. Total bilirubin was 5.7 mg/dL, with direct bilirubin of 3.2 mg/dL. ERCP showed no stones in the CBD but indentation at the confluence of the hepatic ducts causing significant narrowing (Fig 1). A repeat ERCP showed irregular filling defect in the proximal CBD and bilateral proximal biliary tree; a narrowed area was brushed and stented. The results of a further workup including CT scans, cytology, antimitochodrial antibody, ANA, CEA, and CA19‐9 were all normal. His symptoms were relieved, and his liver function improved after the second ERCP. One week later, his bilirubin again rose, and he had intense pruritus. A third ERCP was done, and the stent was replaced. He became relatively asymptomatic, and his bilirubin level dropped to around 4 mg/dL. A subsequent laparotomy found a large impacted stone at the junction of the cystic duct and CBD. The stone was removed. His symptoms resolved, and his bilirubin and liver enzymes approached near normal. 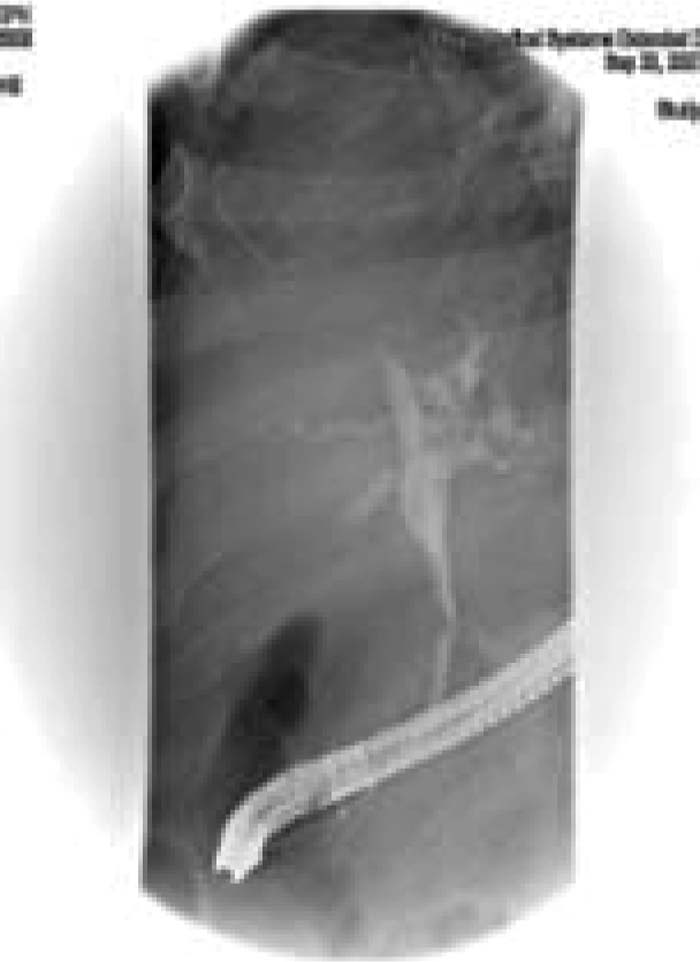 Figure 1. ERCP of the patient showed filling defect at the common bile duct and ectasia of the common hepatic and right and left hepatic ducts.

Mirizzi syndrome refers to partial obstruction of the common bile duct (CBD; type 1) or a cholecystobiliary fistula (type 2) resulting from an impacted stone in the cystic duct. It is a rare complication of gallstone disease, occurs in 0.7% to 1.4% of all cholecystectomies. Surgery is the mainstay of therapy of Mirizzi syndrome. Preoperative diagnosis may be difficult despite the availability of multiple imaging modalities. A high index of clinical suspicion is necessary to make a preoperative or intraoperative diagnosis, which will minimize the risk of injury to the biliary tract. Open surgery is the gold standard.

We have presented a case of type 1 Mirizzi syndrome confirmed by open laparotomy after 3 ERCP interventions. Mirizzi syndrome is a rare cause of obstructive jaundice and should be included in the differential diagnosis.