Near total colonic occlusion in a patient with Clostridium difficile–associated diarrhea (CDAD) represents a complicated C. difficile infection. Its diagnosis may be delayed or missed as patient can have improvement in initial presenting symptoms — diarrhea. Colonic wall edema causing near total colonic occlusion presents mostly similar to toxic megacolon or adynamic ileus. However, it differs by luminal obliteration as compared to luminal prominence in toxic megacolon and amotility in adynamic ileus respectively. High level of suspicion is required as management may require emergency surgery. Almost any antibiotic can be associated with this infection, including metronidazole and vancomycin. As diarrhea is the presenting symptom of C. difficile infection however; decreasing stool frequency may warrant evaluation for ileus or colonic wall thickening in certain scenarios. As mentioned in the histopathology of this case report, patient developed marked edema of colonic wall. Swelling was significant enough to cause near total colonic occlusion as evidenced on CT abdomen. Though the patient's condition did not improve initially with antibiotics. Colonic resection was truly a lifesaving procedure.

Decrease in stool frequency can be a sign of improvement or development of complicated C. difficile colitis in selected cases. High level of suspicion for marked colonic wall edema causing near total colonic occlusion should be kept, which may require lifesaving colectomy. 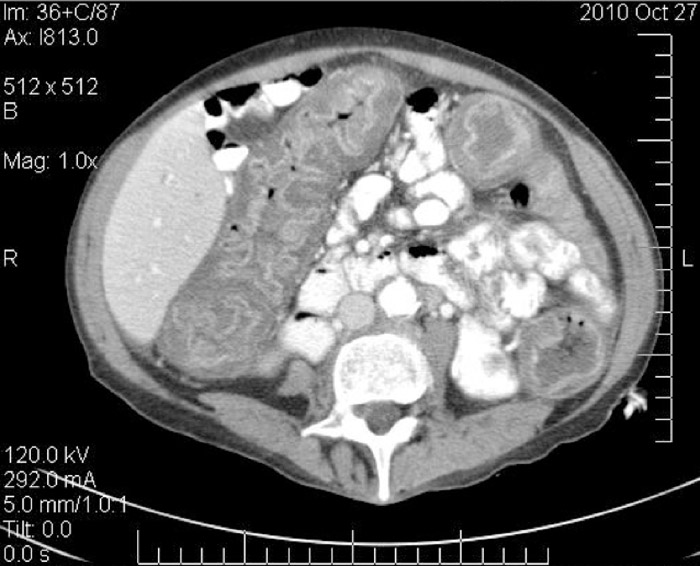