Case Presentation: A 62-year-old man presented with 5 weeks of progressive right lower extremity ulceration associated with pain, swelling, erythema, fevers, and diaphoresis. Initially, outpatient providers diagnosed patient with cellulitis following minor trauma and complicated by chronic venous stasis. Medical history included poorly-controlled insulin-dependent type 2 diabetes, atrial fibrillation on warfarin, recurrent venous stasis ulcers, morbid obesity, hypertension, and recent oral antibiotics for suspected cellulitis. He had a large area of purpura that evolved into a thin eschar in a retiform pattern, with the largest ulceration on the right lower leg, and several discontinuous areas with a stellate, erythematous appearance. These areas had surrounding warmth and erythema and were exquisitely tender. The patient was initially started on antibiotics for suspected cellulitis. Workup yielded unremarkable labs, including BMP, liver function panel, calcium and phosphorus, and CBC, along with an elevated ESR and CRP. X-rays and a non-contrast CT scan of his right leg showed eggshell calcifications scattered throughout the soft tissue, likely representing fat necrosis with scattered vascular calcifications. His warfarin had initially been held for elevated INR and then was not restarted due to the differential eventually including calciphylaxis. Differential diagnosis included cellulitis of severe chronic stasis ulcers, pyoderma gangrenosum, vasculitis, and calciphylaxis. Skin biopsy showed chronic stasis changes, fat necrosis, and focal calcium deposit in the blood vessel walls. Calcium stain was positive in the small blood vessels in the fat. Other infectious and autoimmune workup was negative. With calciphylaxis confirmed, the patient was given local wound care, started on IV sodium thiosulfate, monitored in the inpatient setting for tolerability, and transitioned to further outpatient sessions with gradual improvement in his condition.

Discussion: Calciphylaxis, or calcific uremic arteriolopathy, is a rare and potentially lethal condition that usually occurs in those with end-stage renal disease. It can also occur without renal disease, then called nonuremic calciphylaxis, and may be precipitated by liver disease, hyperparathyroidism, corticosteroids, malignancy, or warfarin. These patients are often admitted after failing outpatient treatment.

Conclusions: This case encourages the consideration of nonuremic calciphylaxis when a patient with risk factors such as diabetes, obesity, and warfarin usage presents with a nonhealing lower extremity ulcer with eschar. Given the potential severity, recognition of this condition and addressing risk factors, such as discontinuing warfarin, is critical to minimize the chance of local superinfection that leads to mortality. 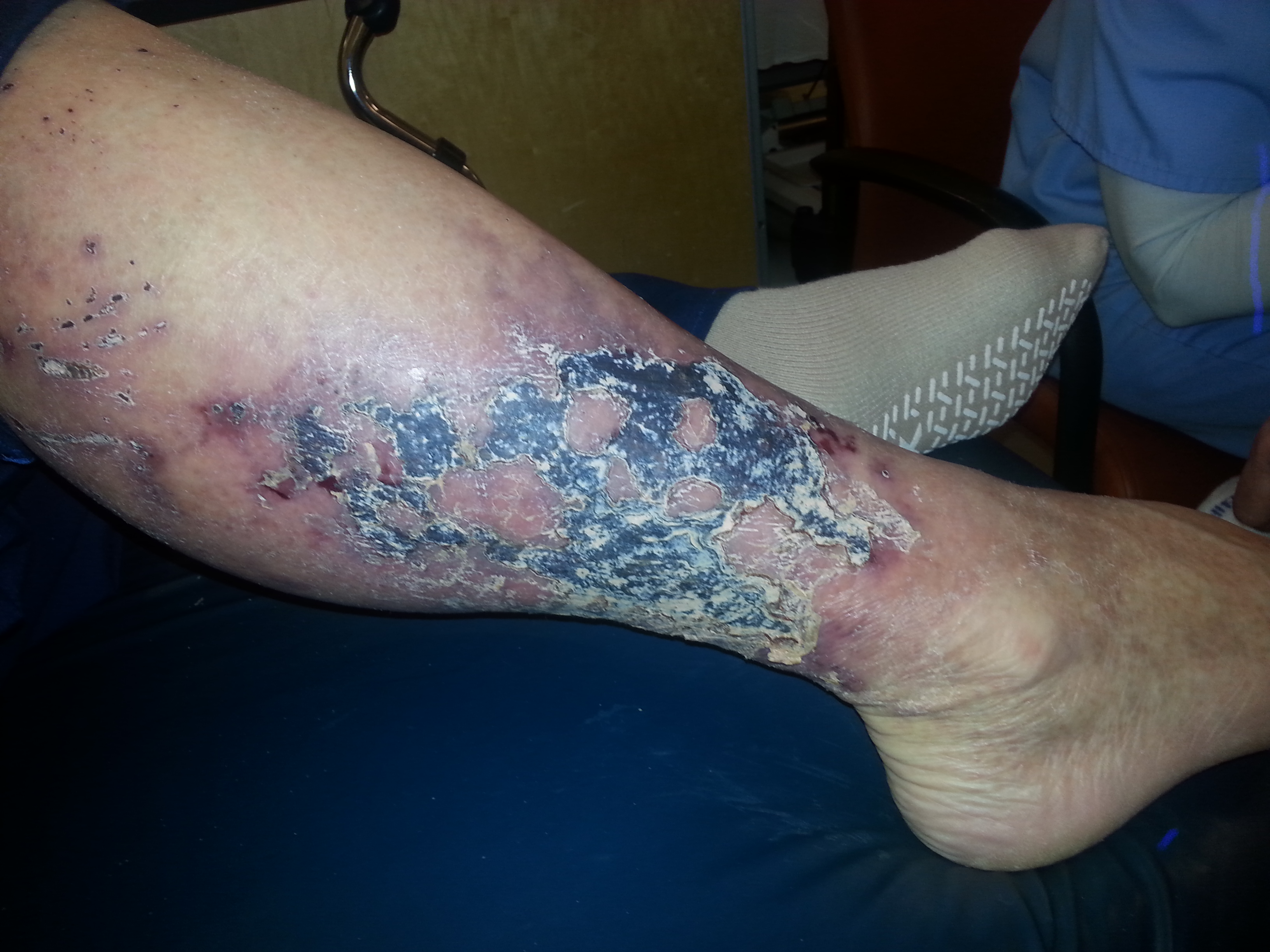