A 67‐year‐old male presented with a 4‐week history of productive cough and shortness of breath. Because he developed weakness and could not walk for the last two days, he was transferred to our hospital. He drank a moderate amount of alcohol and smoked one pack per day. The review of systems revealed anorexia and significant weight loss. He had no diarrhea, rash, muscle or joint pains. On examination, he was alert and oriented but appeared chronically ill. The vital signs were normal. There were decreased breath sounds on the left lung and finger clubbing. On neurological examination, he had normal extra‐ocular movements and facial sensory and motor functions. Sensory exams showed normal findings. Manual muscle test revealed that there was distal dominant mild muscle weakness of the bilateral upper extremities and severe muscle weakness of the bilateral lower extremities. There were diminished deep tendon reflexes in the all extremities. In laboratory data, complete blood count was normal and blood chemistry showed normal electrolytes, glucose, creatinine phosphokinase, liver and renal functions. Serum vitamins B1 and B12 levels were normal. Chest X‐ray film and CT scan showed a mass lesion along with atelectasis of the left lung (image). Lumbar puncture was performed and revealed opening pressure of 7 cmH2O, cell count 0/μl, and protein 25 mg/dl. Brain and spine MRI scans were normal. Bronchoscopy identified the mass lesion at the left main bronchus and the biopsy revealed small cell lung carcinoma. Nerve conduction velocity was decreased in bilateral tibial nerves and repetitive nerve stimulation test was negative. Anti‐GM1 IgG antibody was positive but anti‐neuronal antibodies, including Ri, Hu, and Yo, were negative. Two hypotheses were considered, possibility of lung cancer with paraneoplastic neuropathy or coincidental occurrence of lung cancer and polyneuropathy such as Guillain‐Barre syndrome. He received large‐dose intravenous immune globulins without significant improvement of his muscle weakness. Although he showed temporary improvement of weakness after a course of cancer chemotherapy, he eventually died of the progression of lung cancer.

Patients with paraneoplastic motor neuropathy may have anti‐GM1 antibodies associated with cancer and thus the presence of GM1 autoantibody should not be used to rule out a paraneoplastic etiology. Hickam’s dictum states that “A patient can have as many diagnoses as he darn well pleases”. However, William of Occam in the 14th century suggested that “plurality must not be posited without necessity”. If we encounter a patient with rare disease, such as GBS, in a special disease state, such as cancer, then we may need the parsimony of diagnosis explaining such a combination as a paraneoplastic disease, based on Occam’s razor. 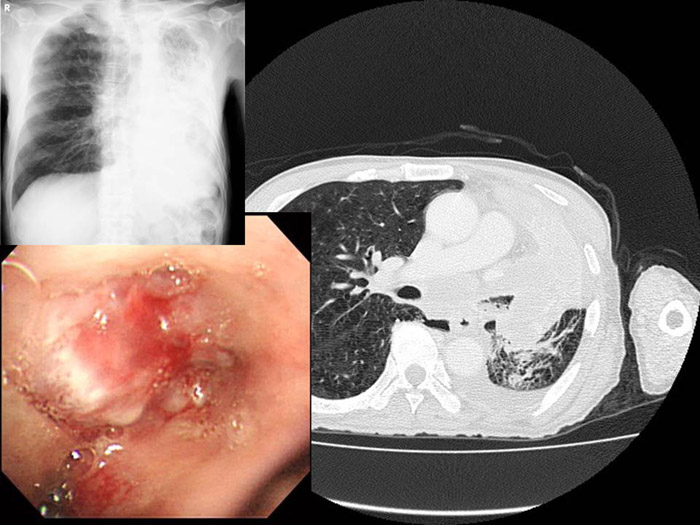