Case Presentation: A 90-year-old female presented with 3 weeks of cough and dyspnea despite a course of antibiotics prescribed by her primary care provider. She was admitted for management of pneumonia. On hospital day 2 she became acutely hypoxic and was started on standing albuterol, after which her whole blood lactate level rose steeply, causing concern for worsening sepsis. Antibiotics were broadened, she was given IV fluids, and she was transferred to the ICU. Ultimately her lactic acidosis (LA) was felt to be type B, due to albuterol. She was diuresed and her respiratory status improved. Figure 1 displays the events of her hospitalization.

Discussion: Lactic acid is generated in the body via one of two mechanisms. Type A is a result of ischemia or tissue hypoperfusion, whereas type B LA is due to systemic disease, drugs/toxins, or inborn errors of metabolism (Figure 2). B-agonist medications, such as albuterol, have been reported to cause a type B LA. Under aerobic conditions pyruvate is converted to lactate via lactate dehydrogenase and it is believed that albuterol further potentiates the adrenergic state associated with asthma, and increasing the rate of glycolysis and the production of pyruvate. Stimulation of B2 receptors increases serum glucose thereby increasing the quantity of substrate available for glycolysis furthering the lactate production. Although well-described via case reports, the iatrogenic causes of LA are not well-known and often overlooked by providers in the hospital setting.

Conclusions: Sepsis occurs in up to 10% of hospitalized patients and is linked to up to 50% of hospital deaths. It is imperative to monitor for early signs of worsening sepsis, and with the introduction of the SEP1 quality measure, hospitalists have seen increased attention to trending lactate in cases of suspected infection. While an important measure of tissue perfusion in the septic patient, in this case the assumed link between lactate level and infection resulted in over resuscitation with fluids, and thus compromised our patient’s respiratory status. It is important that providers develop a full differential diagnosis for LA, including causes of type B LA. This is especially vital when lab parameters do not fit the clinical picture, as with our patient with known viral infection, hemodynamic stability, and volume overload on exam. No single test can diagnose sepsis so it is vital that providers think critically even in an age of sepsis protocols. A variety of support tools could be implemented: EHRs could notify providers when lactate levels are elevated when a known cause of type B LA is present; pharmacists could review medication lists for patients with persistent LA; and finally, diagnostic “Time Outs” should be encouraged when patients are not responding as expected to therapies. 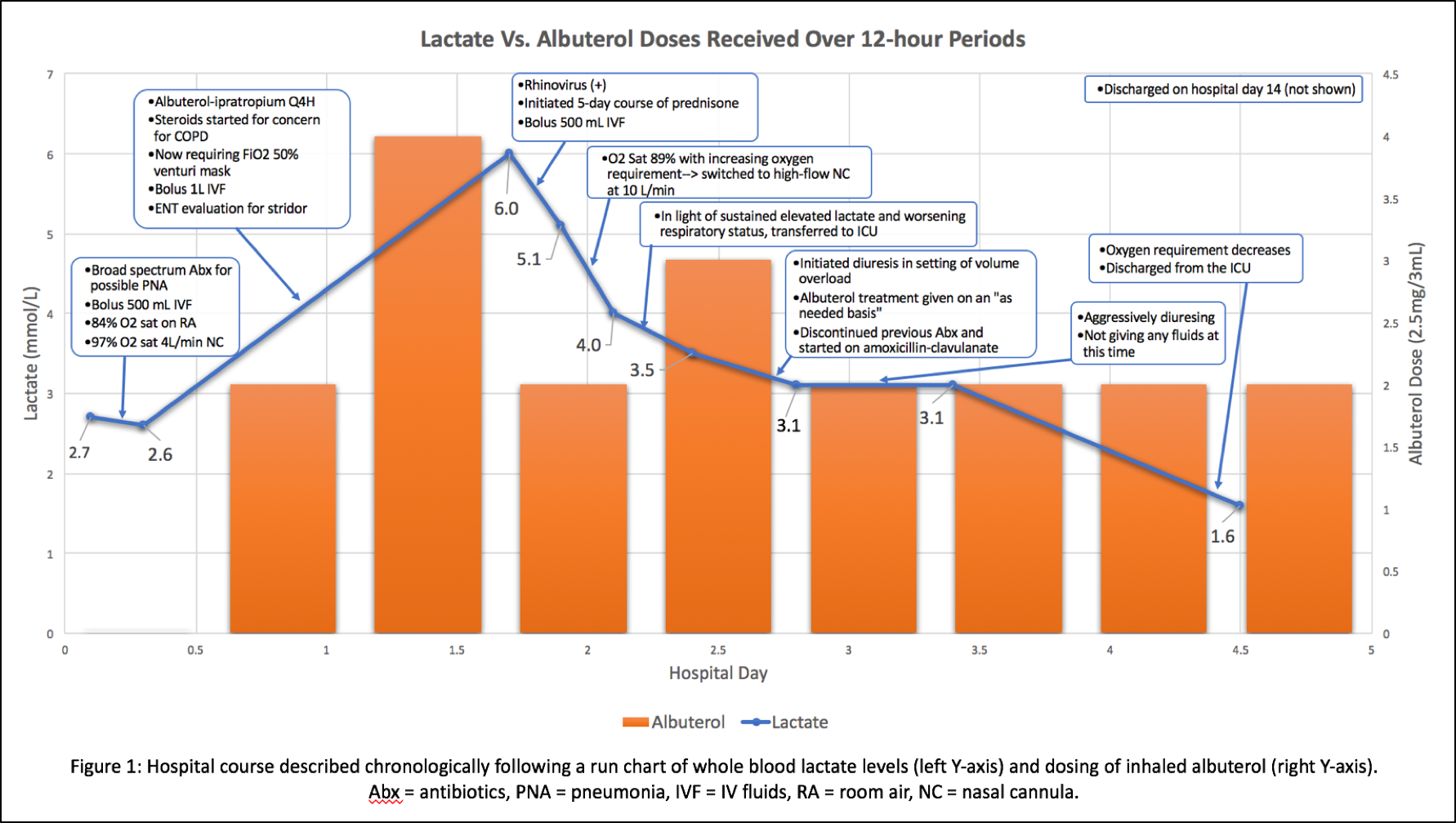 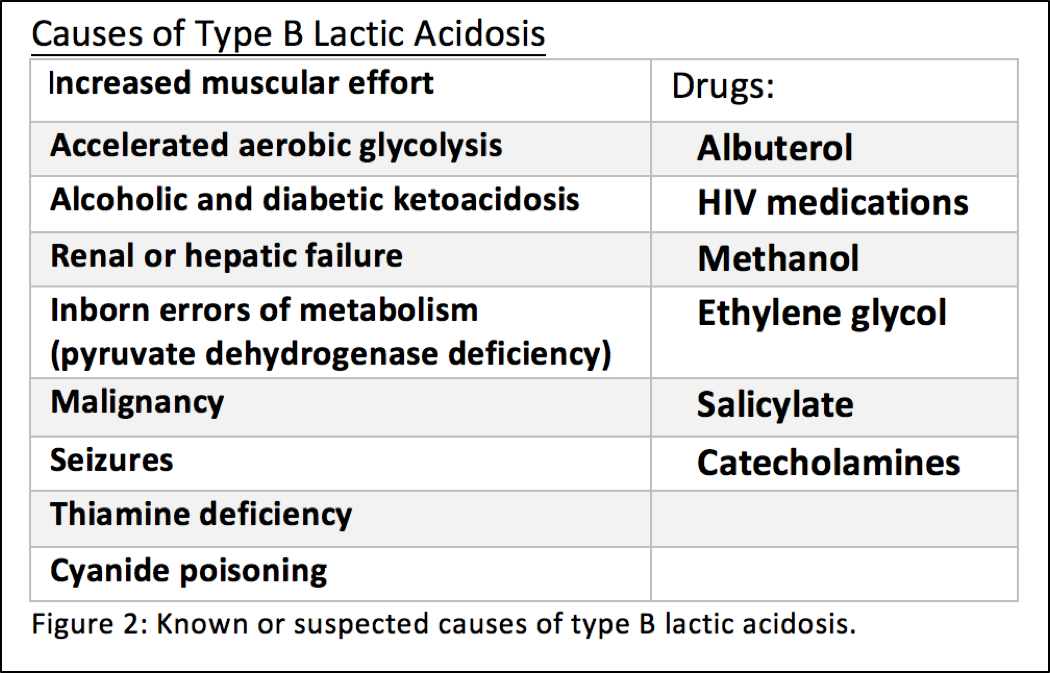