Background: Cellulitis is a common cause of hospitalization. In the United States there are approximately 650,000 hospitalizations for cellulitis yearly, accounting for 1% of all admissions and approximately $10 billion. Most patients when hospitalized are treated with combinations of antibiotics with broad-spectrum Gram-positive, Gram-negative and anaerobic coverage. The Infectious Disease Society of America recommends hospitalization for patients for cellulitis under certain circumstances but there is little actual clinical evidence to guide the decision to admit. The purpose of this study is to determine the mortality rate of patients hospitalized with cellulitis to determine if the rate is low enough to support a relatively narrow approach to empiric antibiotics and to support potential outpatient management of many of these patients.

Methods: A systematic literature search was conducted for studies of consecutive patients hospitalized with cellulitis or erysipelas that reported inpatient mortality. We searched Medline, Embase and the Cochrane Library from database inception through February 22, 2017. Study quality was assessed using a modified Newcastle-Ottawa Quality Assessment Scale. The mortality rates from the included studies were pooled using a random-effects model. Heterogeneity was estimated using the I² statistic.

Results: Eighteen studies met inclusion criteria. The overall pooled mortality rate was 1.1% (95% CI, 0.7-1.8). Subgroup analysis found little difference in mortality with the exception of studies with the lowest risk of bias for which the pooled rate was 0.6% (95% CI, 0.3-1.1) and with studies from the United States for which the rate was 0.5% (95% CI 0.3-0.9). The actual cause of death was generally poorly described, and only approximately 1/3rd of deaths appeared to be due to infection.

Conclusions: The overall mortality rate for patients hospitalized with cellulitis is 1.1% and for patients in the United States the rate was 0.5%. This rate compares to mortality rates of low risk conditions that are often managed as outpatients or in observation units. Although poorly described, only about one third of this mortality appeared to be attributable to cellulitis. Overall, our results appear to support a narrow approach to empiric antibiotics and also potentially support alternatives to hospitalization such as observation admission or outpatient parenteral antimicrobial therapy. 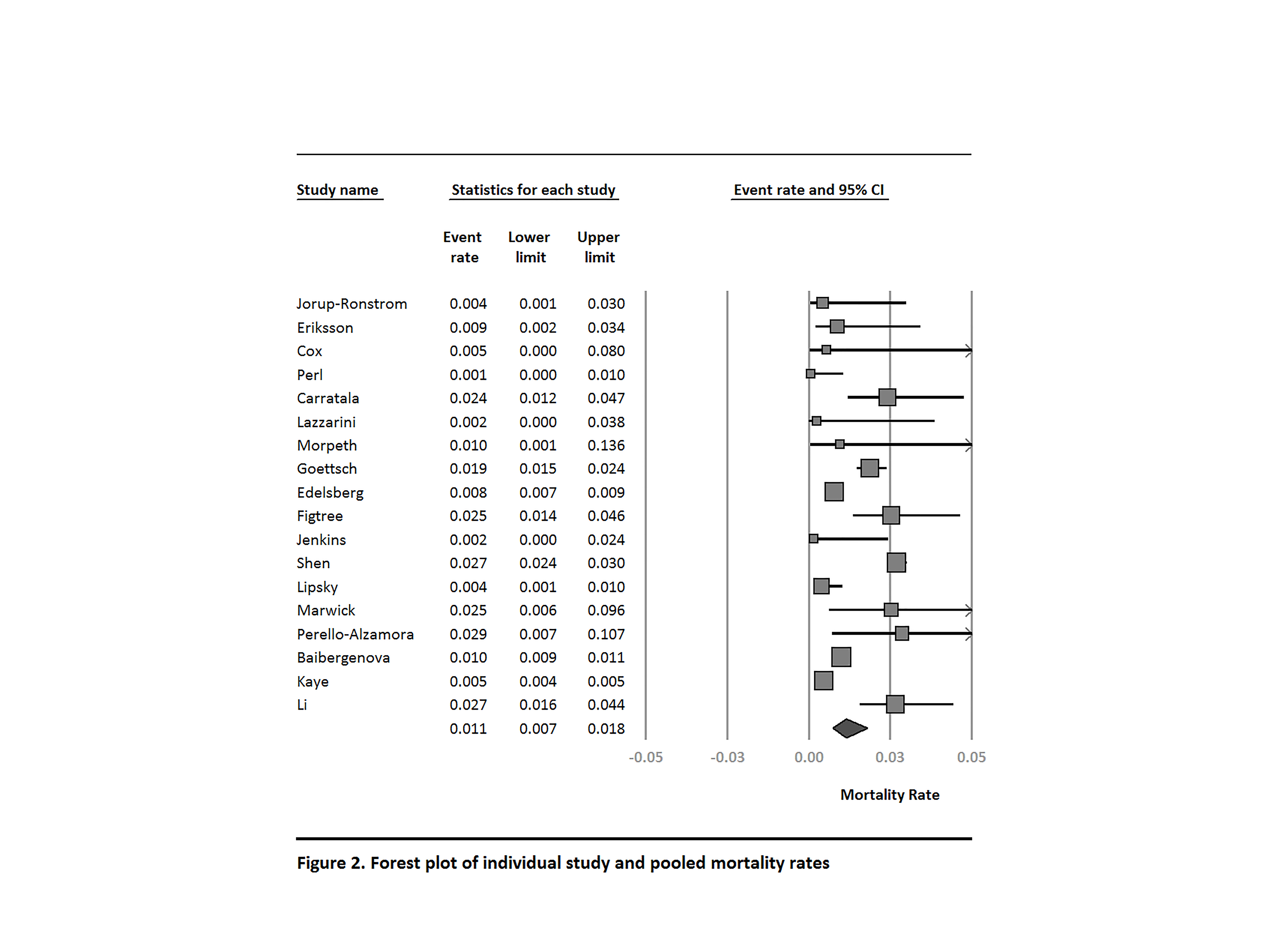