A 20‐year‐old woman with no medical history presented with splenomegaly by outside imaging. She described 7 months of left upper quadrant pain that intensified prior to admission, was 8/10, nonradiating, and worse with lying flat. Family history was significant for a grandmother with leukemia and a cousin with splenomegaly. Review of systems elicited decreased energy and epistaxis. Physical exam was remarkable for a palpable liver and tender splenomegaly extending past the midline into the pelvis. Laboratory analysis revealed hemoglobin 9 g/ dL, hematocrit 26.5%, platelets 49,000, AST/ALT 100/ 125 U/L, PT 15.2 seconds, INR 1.32, and PTT 41.9 seconds. Further workup including abdominal ultrasound and CT scan revealed massive splenomegaly with multiple hypoechoic lesions and an enlarged liver; all vessels were patent. Her workup revealed an ACE level of 225, and an x‐ray showed loss of vertebral height. The etiology of her splenomegaly remained unclear. A bone marrow biopsy was deferred by the hematologist, and because of patient concerns for worsening symptoms and risk of splenic injury, she underwent a diagnostic and therapeutic splenectomy with liver biopsy on hospital day 3. Grossly, the spleen was 2562 g and measured 28 × 16 × 13 cm. Pathology was consistent with Gaucher's disease. Genetic testing revealed homozygous N370s alleles. Clinical geneticists became involved in her case after discharge and believed that splenectomy was not the firstline treatment or means of diagnosis.

Gaucher's is a lysosomal storage disease in which a deficiency in the glucocerebrosidase enzyme causes glucocerebroside to accumulate in the bone marrow, liver, spleen, and lungs. Presenting symptoms include anemia, thrombocytopenia, growth retardation, and hepatosplenomegaly. Our patient had type 1, the non‐neuronopathic form more common in those of Ashkenazi Jewish heritage, with a disease frequency of 1 in 855. Types 2 and 3 are neuronopathic forms that involve the central nervous system. Family and ethnic history is vital in the diagnosis, which is confirmed with bone marrow or liver biopsy showing macrophages with the classic abundant crinkled‐tissue‐paper cytoplasm. The spleen is a reservoir for these macrophages and once removed worsens the disease state in the liver and bones; therefore, splenectomy is not the preferred method of diagnosis. The mainstay of treatment includes enzyme replacement therapy, which, although it is costly, can reduce the size of the enlarged abdominal organs. 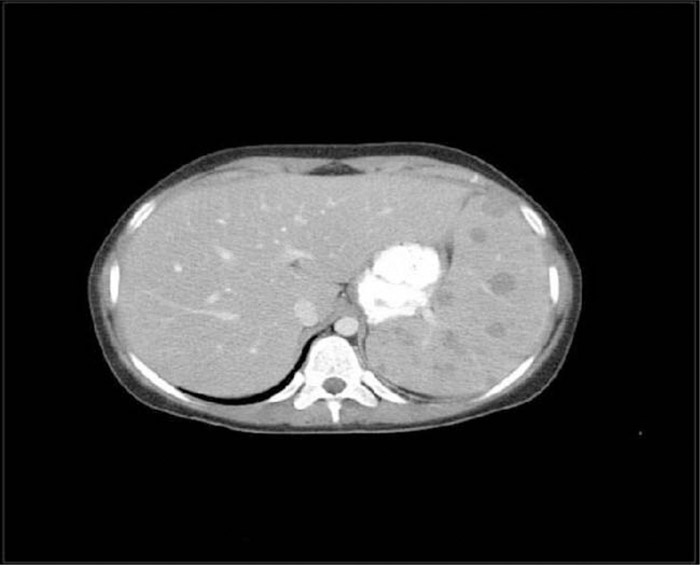 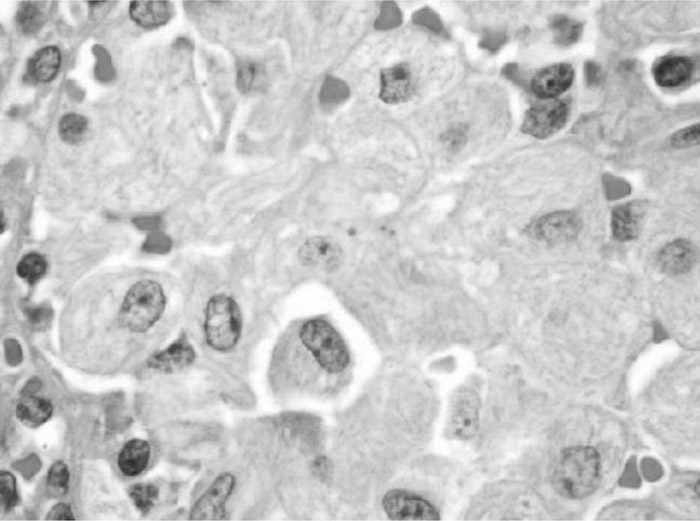 Failure to obtain a complete family ethnic history can result in missed or delayed diagnosis, potentially leading to inappropriate testing and treatment options. In addition, the initial differential diagnosis should include genetic disorders, even in adults; inborn errors of metabolism such as Gaucher's can present later in life. Third, in cases such as this, clinical geneticists should be involved early to assist in making appropriate and timely decisions regarding diagnostic workup, treatment, and genetic counseling.