To increase the use of venous thromboembolism (VTE) prophylaxis, a multidisciplinary team at an academic medical center developed a VTE prophylaxis protocol that was added into medicine admission and surgical postoperative order sets. In this protocol, the physician was given several options for VTE prophylaxis. The options included low‐molecular‐weight heparin (LMWH), unfractionated heparin (UFH), mechanical compression, and an option for “chemoprophylaxis is contra indicated.. At least 1 option had to be checked in the protocol by the physician. Prophylaxis usage within the first 24 hours of admission was then monitored to understand the protocol's impact on ordering practices. 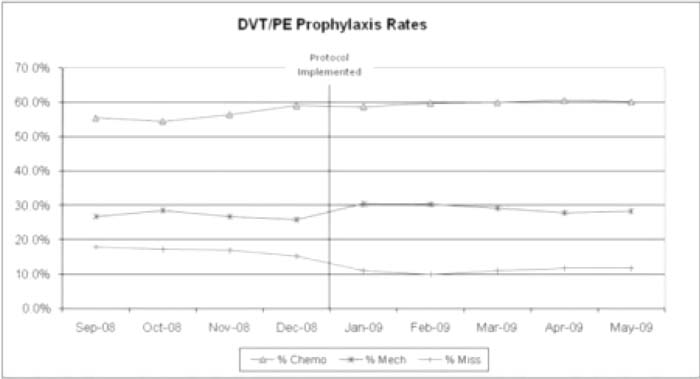