Although there appears to be a general awareness of the evidence of infection prevention recommendations, regular use of these practices is low in Japan. In addition to maintaining awareness of the evidence, strategies – such as devoting additional resources to infection control programs and promoting a strong organizational culture of safety – are needed to increase the appropriate use of practices to prevent healthcare‐associated infection in Japan. 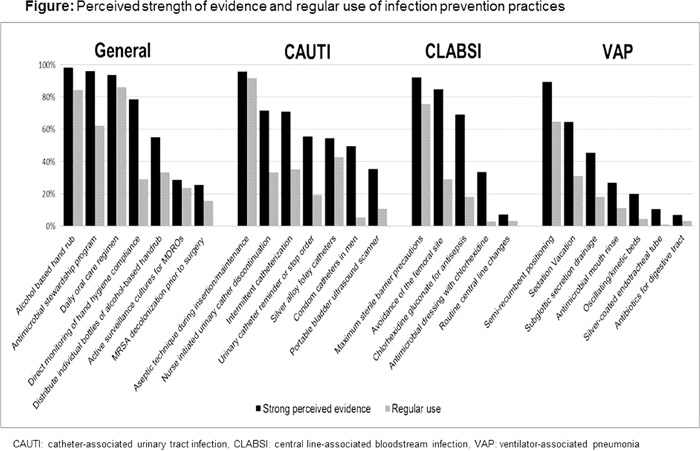