A 34 year old male with no past medical history initially presented to an urgent care facility with abdominal bloating and discomfort over several months.  It was noted at the time that he had a history of drinking six to twelve beers per day for the past two years.  He was subsequently prescribed a proton pump inhibitor and discharged home.  In time he began to experience lower extremity edema, twenty pound weight gain, and dyspnea on exertion, which prompted him to present to our facility.

On examination, the patient was noted to have an increased oxygen requirement, orthopnea, jugular venous distension, an S3 gallop, severe lower extremity edema, and none of the typical stigmata of chronic liver disease.  Laboratory studies were notable for normal hepatic and renal function, and an N-terminal pro brain natriuretic peptide level of greater than 21,000.  Transthoracic echocardiogram revealed bilateral ventricular dilatation, multiple apical thrombi, and a left ventricular ejection fraction of less than 20 percent with global hypokinesis, leading to a new diagnosis of acutely decompensated heart failure with reduced ejection fraction.

This diagnosis prompted further workup which included coronary angiogram which demonstrated normal coronary arteries and lab screening for autoimmune, inflammatory and infectious disease which was unremarkable.  Alcoholic cardiomyopathy was considered in the differential, however recent literature suggests that individuals who consume more than ninety grams of alcohol a day  for at least five years are at risk for development of alcoholic cardiomyopathy This is substantially more alcohol than our patient had consumed.

A cardiac MRI was done to assess the myocardium in greater detail.  The study revealed significant myocardial trabeculations, which was diagnostic for Noncompaction Cardiomyopathy, a rare congenital abnormality that explained the patients’ heart failure.

In patients with heart failure, it is important to obtain a detailed history and workup based on that assessment to determine the underlying cause, which on rare occasions can unmask rare cardiomyopathies such as in our patient.  Noncompaction cardiomyopathy is a rare congenital abnormality marked by prominent intraventricular trabeculae as a result of failed intrauterine ventricle formation, which can present with heart failure, arrhythmias, or various abnormal cardiac exam and imaging findings.

A thorough social history led to the unmasking  the patients underlying condition leading to guideline-directed medical therapy for heart failure, and  specific interventions made for Noncompaction Cardiomyopathy, including lifelong anticoagulation, implantable cardioverter-defibrillator (ICD) implantation, and workup for cardiac transplantation. 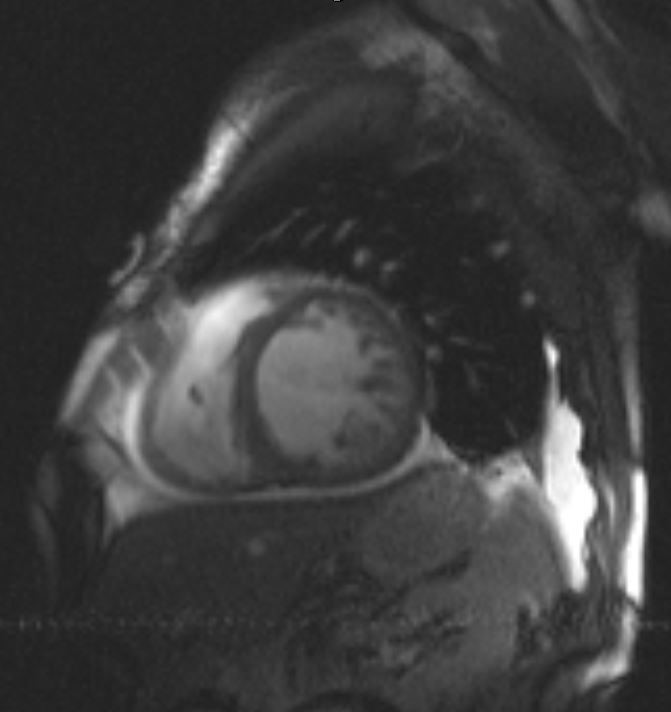