A 28‐year‐old woman, previously in good health, was admitted to the hospital after presenting with 4 weeks of myalgias, chills, night sweats, and persistent fevers. She had no upper respiratory symptoms, photophobia, or gastrointestinal upset. She had not recently traveled outside the United States. Her initial temperature was 38.8°C, and her heart rate was 104 beats per minute. Her vitals were otherwise stable. The patient's exam was notable for small shotty, nontender lymph nodes in the right axilla. The physical examination was otherwise normal. A complete blood count, serum electrolytes, and liver function tests were normal, as were serologies for HIV, viral hepatitis, syphilis, and mononucleosis. Urinalysis was normal, and tests for chlamydia and gonorrhea were negative. A QuantiFERON test was also negative. Blood cultures were drawn, and 1 aerobic bottle from 1 blood culture grew Streptococcus viridians, which was later determined to be a contaminant. Subsequent blood cultures remained sterile. A rheumatology workup including multiple serologies was also unremarkable. The chest x‐ray was normal. To further evaluate the axillary lymph nodes, a CT of the chest and abdomen was obtained. This showed more extensive bilateral axillary lymphadenopathy, with nodes measuring up to 1.8 cm. A lymph node biopsy was subsequently performed. The morphologic and immunohistochemical findings were consistent with the diagnosis of Kikuchi disease. Treatment with 20 mg of oral prednisone was initiated, with defervescence of fever over the next 48 hours. 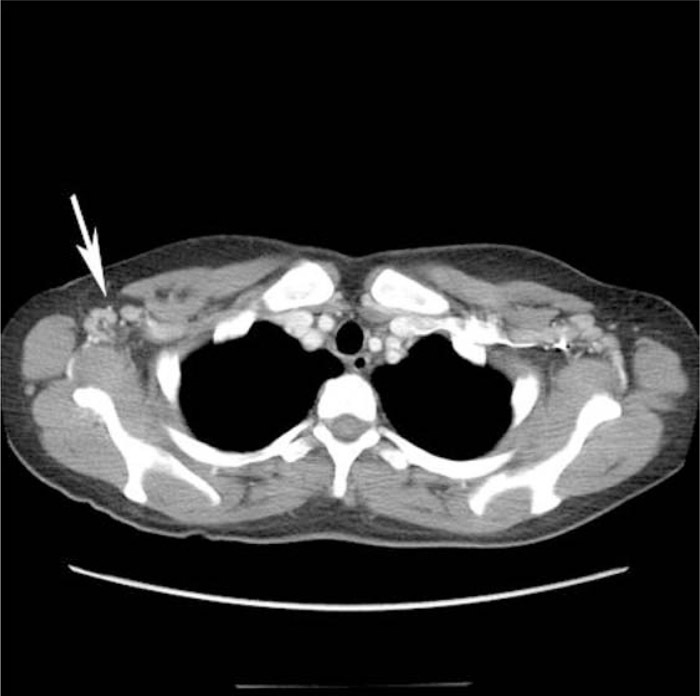 Kikuchi–Fujimoto disease (KFD) was first reported in 1972 almost simultaneously by Kikuchi and Fujimoto and associates. Also known as histiocytic necrotizing lymphadenitis, KFD is usually considered a benign, self‐limiting condition typically characterized by lymphadenopathy, fever, and flu‐like symptoms, with spontaneous resolution after several months. Prior viral exposure has been linked to KFD, but its role as a trigger remains controversial. An association between KFD and systemic lupus erythematosus (SLE) has also been reported and may occur as a manifestation of active SLE or precede the onset of clinically evident SLE by months to years. KFD is usually identified by immunohistologic studies of affected lymph nodes that have undergone excision. Necrotizing lymphadenitis and karyorrhexis is typically seen, along with a mixture of histiocytes at the margins of necrosis. Lack of familiarity with this uncommon condition has led to inappropriate staging and treatment of patients for malignant lymphadenopathies. Therapy is largely directed toward symptom management. In some cases, corticosteroids have been used when symptoms are more difficult to manage. 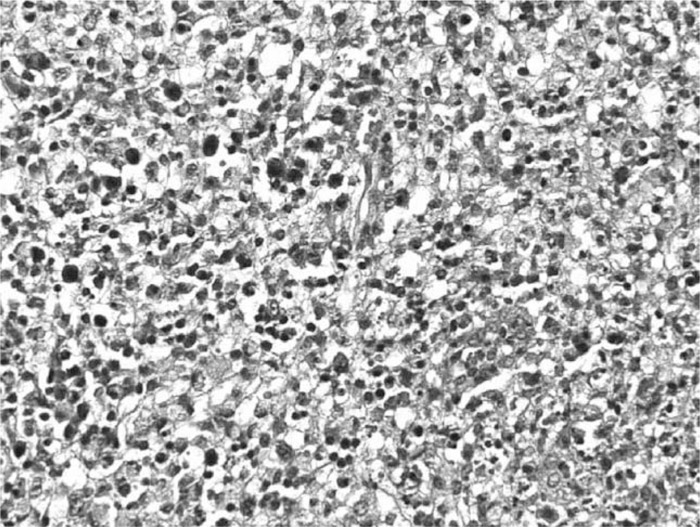 Kikuchi‐Fujimoto disease (KFD) is a relatively rare presentation of persistent fever. Increased awareness may help to decrease unnecessary hospitalization and testing of patients with this condition.