On hospital day (HD) 1, neurology examination is notable for left side hemiparesis, intact consciousness and cognitive function (NIHSS score of 2). Admission radiologic studies are compared to those from OSH and suggestive of a stable RBG lesion. On HD 3, her neurologic status worsens; CT and MRI imaging show a non-hemorrhagic mass with new surrounding edema and mass effect on the right ventricle. Differential is broadened to include infection vs malignancy; brain SPECT-CT is suggestive of lymphoma.  She is maintained on mycophenolate, high dose steroids, and empiric broad spectrum antibiotics, antivirals, and antifungals. Attempts to obtain a brain biopsy are hindered by complications:  gastrointestinal bleeding with thrombocytopenia (platelets= 52, 000/ µL), renal failure requiring hemodialysis, and CMV reactivation viremia.

By HD 28, platelets rise to 142, 000/ µL and she undergoes a needle guided stereotactic brain biopsy of the RBG lesion.  Pathology shows demyelination; no evidence of malignancy, necrosis, or infection.  Immunosuppression therapy is adjusted to azathioprine and steroids. On HD 50, she is transitioned to a rehabilitation center with improved renal function, cell counts, mental status, and neurologic symptoms.

Discussion: Our patient’s clinical picture was caused by CNS demyelination, a primary manifestation of SLE. Neurologic and psychiatric symptoms that are primary manifestations of SLE fall under neuropsychiatric SLE (NPSLE).  Since presentations of NPSLE are varied, involving either the CNS or the peripheral nervous system (PNS), diagnosis is delayed.  Individuals with NPSLE have a 10x mortality increase compared to the general population.

Conclusions:  To our knowledge, this is a unique presentation of NPSLE manifesting with focal neurologic symptoms and radiologic studies suggesting stroke, CNS lymphoma or abscess. 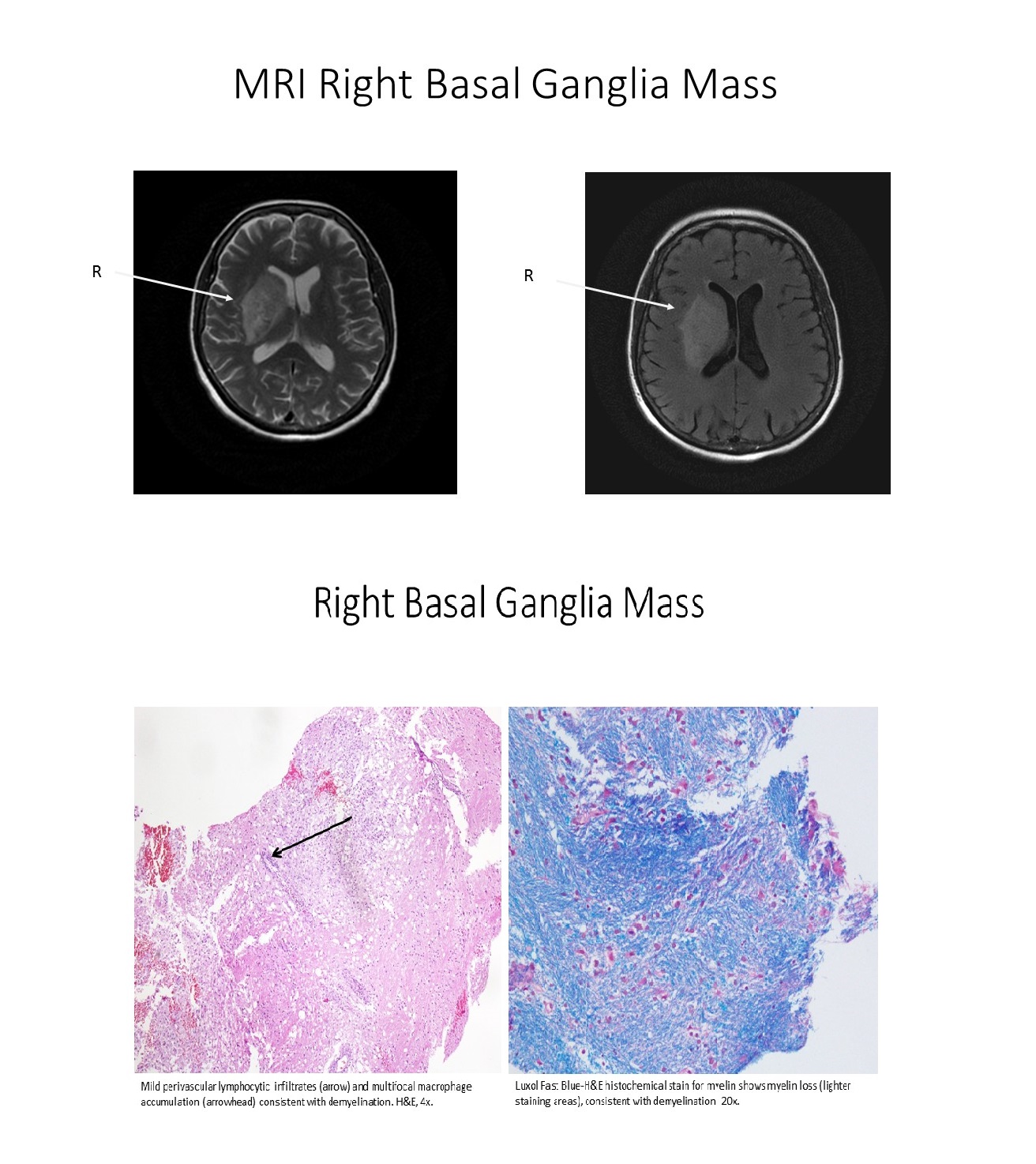