The challenges of medication reconciliation at hospital admission and discharge are well recognized, and best practices remain to be fully defined. The accuracy of the preadmission medication list (PAML) may be compromised by patient factors as well as time constraints on the admitting clinicians. At hospital discharge, suboptimal patient education may cause adverse drug events (ADEs) and preventable readmissions.

The current project was intended to: (1) improve the accuracy of PAMLs for admitted patients by employing pharmacy technicians in the emergency department (ED); (2) enhance patient education through phone calls by pharmacists (Safe Med) to patients most at risk for ADEs or readmission. Such calls happen within a week of hospital discharge. At‐risk patients are defined in this project as those older than 65 years, patients on 5 or more routine medications, or those with heart failure, diabetes mellitus, coronary artery disease, or chronic obstructive pulmonary disease.

The hospitals involved in the project include a 961‐bed community hospital and a 531‐bed hospital in the southeastern United States. Starting in June 2008, pharmacy technicians were deployed to the EDs in both facilities for the sole purpose of gathering an accurate PAML for patients admitted to the medical/surgical service. Prior to June 2008, PAMLs were gathered by the admitting RN. The accuracy of the PAMLs was determined in the following way. A clinical pharmacist gathered a PAML using a standardized data collection tool on randomly selected inpatients within 24 hours of admission. The pharmacist's PAML was regarded as the gold standard. From October 2007 through May 2008, the gold standard list was compared with the 190 RN‐derived PAMLs. If the RN list agreed completely with the gold standard, the RN list was deemed to be accurate. If any discrepancies were found, the RN list was deemed inaccurate. The same audit method was applied to 605 pharmacy technician–derived lists from June 2008 through June 2010. For discharged patients, Safe Med calls began in January 2007.

Figure 1 displays the percentage of PAMLs deemed accurate over time by using this audit methodology. The impact of postdischarge phone education by Safe Med was gauged by the metrics displayed in Table 1. The historical controls consisted of 7335 patients discharged from the aforementioned hospitals between January 2002 and January 2006, whereas the Safe Med group consisted of 1624 patients discharged from January 2007 through October 2008. ED pharmacy technicians can enhance the accuracy of PAMLs. Postdischarge education by pharmacists may reduce adverse events and readmits following hospital discharge. 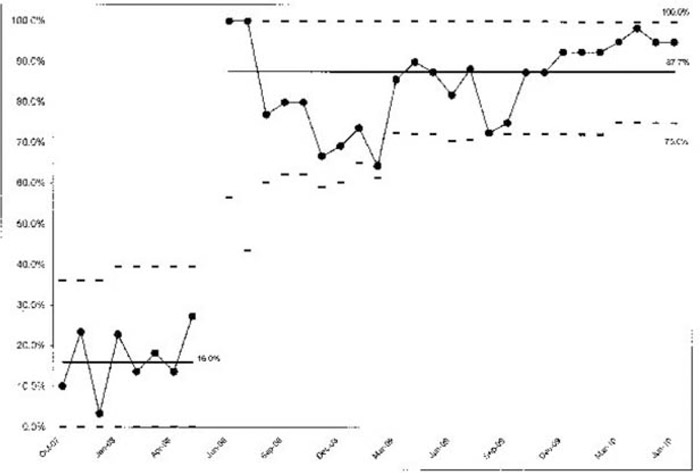