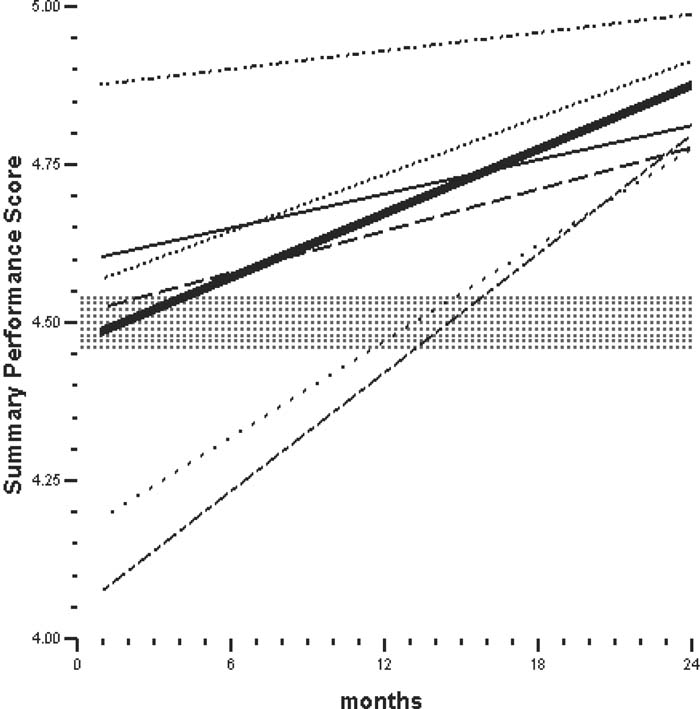 Most of our inpatient attending physicians' performance scores were equal to or above the department of medicine's mean score after their first rotation. Two attending physicians with low initial scores reached the departmental mean in 12 to 14 months with no remedial training. Future analyses will focus on observing other new trainees and identifying predictors of initial performance and rates of growth.