UHC hospitals increased adoption of QI interventions, including scope and scale of QI strategies, since changes in CMS nonpayment policy to support HAPU prevention protocols and make use of novel technology and medical products. The next step in this research is to compare the effectiveness of different QI interventions. 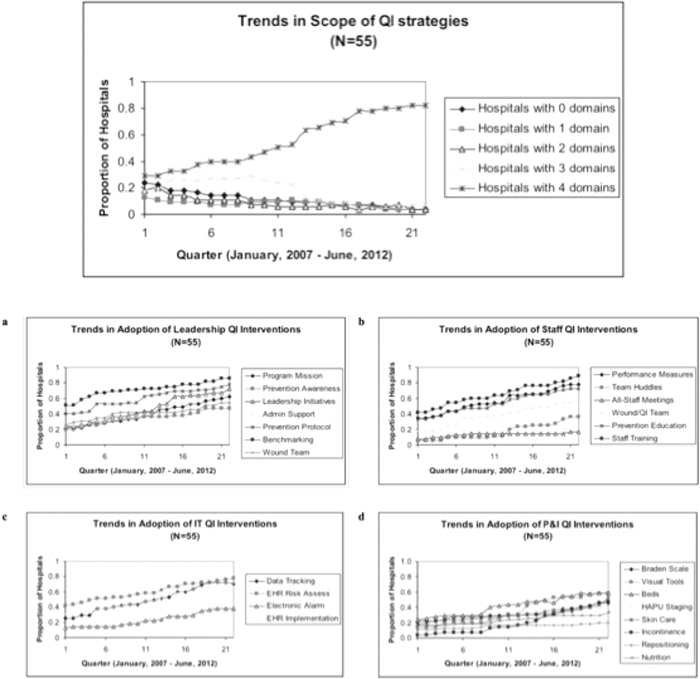