Results: We identified a total of 817 cases in which the control group had 404 while the variable group had 413 cases. Out of all of the cases, only 102 of them had pended discharges the day before.  We found that the order for discharge time was earlier when discharge orders were pended the night before. The difference between the pended (102) vs non-pended (715) groups is almost 47 minutes with a p = 3.75×10-4 (Figure 1). The difference in discharge order time between the variable and control groups was also significantly affected with a difference of 30 minutes (p=0.003)  Unexpectedly, we found that the earlier the discharge order was placed, the longer it took for the patient to be discharged. (Figure 2) 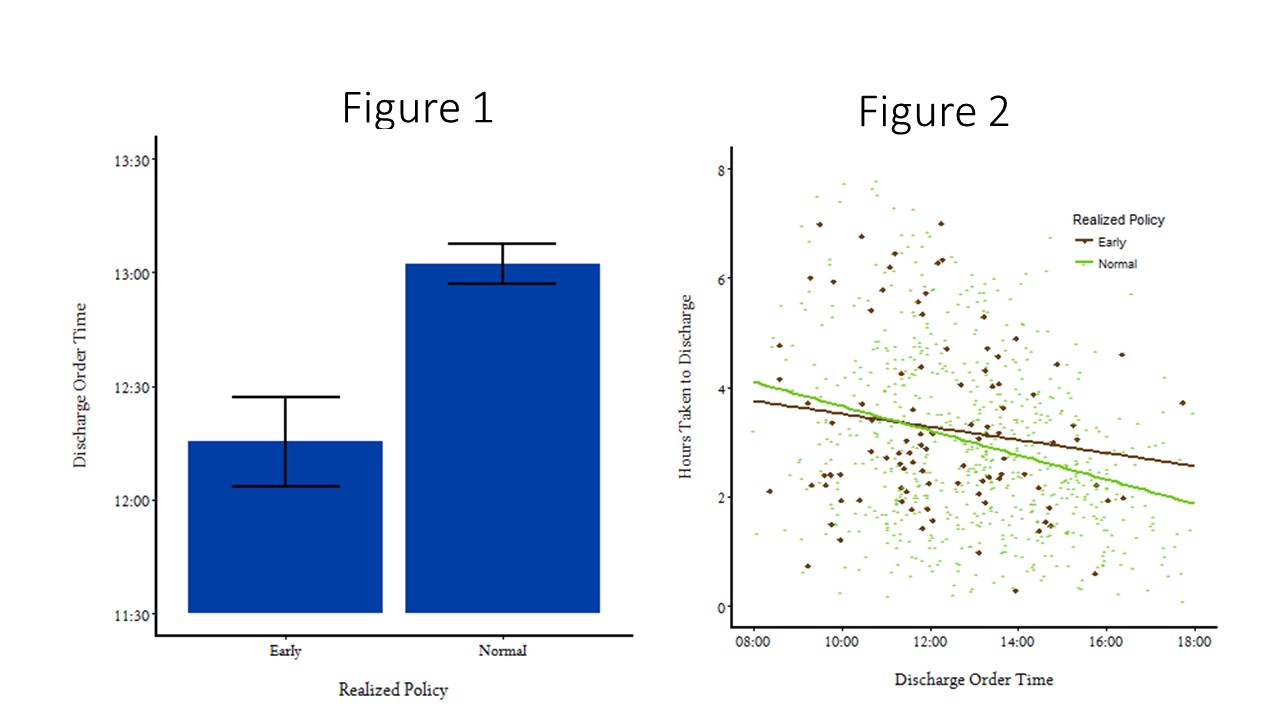