Background: Hyperlipidemia is a recognized risk factor for incident acute myocardial infarction (AMI) and acute decompensated heart failure (ADHF), and no such documented association with pneumonia. However, the influence of hyperlipidemia on long-term mortality after AMI, HF, or pneumonia has not yet been fully understood. The objectives are to estimate the effect of hyperlipidemia and its interaction with other comorbid conditions in influencing the long-term mortality after hospitalization for acute myocardial infarction (AMI), heart failure (HF), and pneumonia.

Methods: A retrospective study of hospitalized patients for AMI and ADHF at a large academic center in the United States between 1996 and 2015. 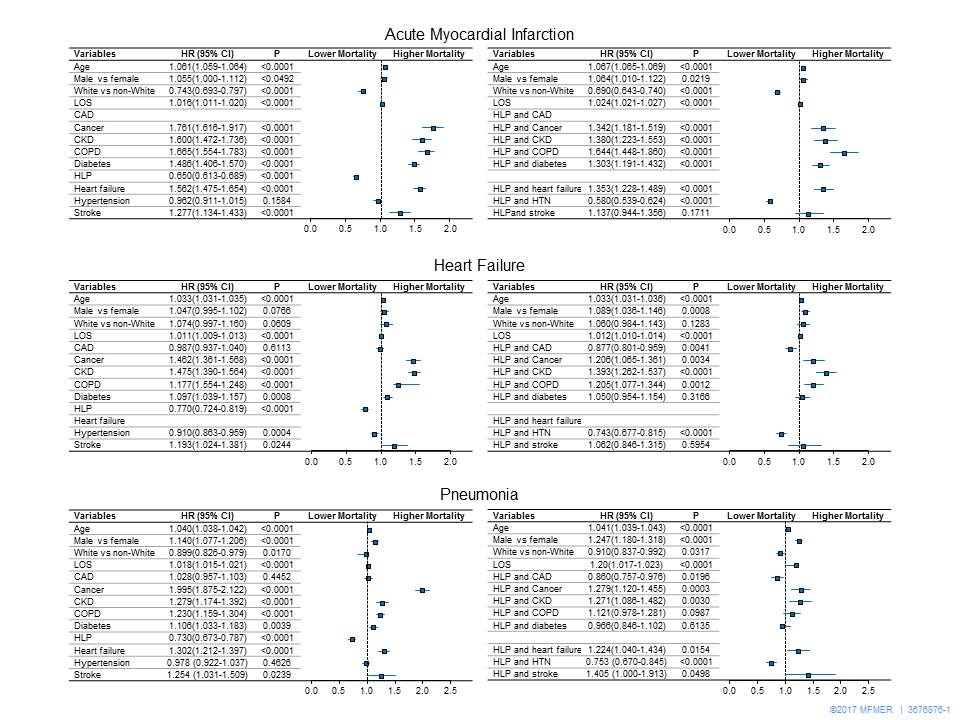