A 70‐year‐old right‐handed white man with a medical history significant for but not limited to coronary artery disease and hypertension presented to the emergency department with acute left‐sided hemiplegia, facial droop, and slurred speech. The National Institute of Health Stroke Scale (NIHSS) at the time of presentation was 14, which progressed to 18 within 1 hour of presentation. Non‐contrast cranial CT showed increased attenuation of the right middle cerebral artery (MCA) and indistinctness of the insular cortex on the right. The patient satisfied all inclusion and exclusion criteria for intravenous rTPA, which was administered within a 3‐hour window. The patient had remarkable improvement in neurological deficits overnight and his NIHSS dropped from 18 to 2. The patient's NIHSS was 0 within 24 hours of rTPA administration. CT angiography (CTA) done during the hospital stay demonstrated right extracranial and intracranial internal carotid artery thrombosis extending into M1 and M2 portion of the right MCA. Given the extent of both extracranial and intracranial involvement, any endovascular procedure was deemed infeasible. Repeat CTA showed the same findings with some collateral refilling of the right MCA via patent right anterior and posterior communicating arteries. An extensive workup including hypercoagulability panel and transesophageal echocardiography for identifying the thromboembolic cause was negative. The patient was discharged home the next day in stable condition on oral anticoagulants.

Hyperdense middle cerebral artery sign (HMCAS) refers to an increased attenuation of the proximal portion of the middle cerebral artery on computed tomographic images. It is one of the early diagnostic feature of ischemic stroke in MCA territory. All patients presenting to the emergency department with signs and symptoms of stroke invariably undergo a cranial CT to rule out intracranial hemorrhage or space‐occupying lesions. HMCAS is an early sign of ischemic stroke that shows attenuation of the proximal portion of the middle cerebral artery, most commonly associated with thrombosis of the M1 segment and with associated CT findings of loss of insular ribbon, attenuation of the lentiform nucleus, and hemispherical sulcus effacement. The clinical significance of recognition of this sign is of immense value given the significant limitation of brain injury and improved long‐term outcomes following early administration of thrombolytic therapy. The incidence of false positives has been progressively decreasing since the advent of superior scanners and imaging devices. Objective criteria such as an absolute density > 43 hounsfield units and MCA ratio > 1.2 defined hyperdensity significantly increase the sensitivity and specificity of this sign. 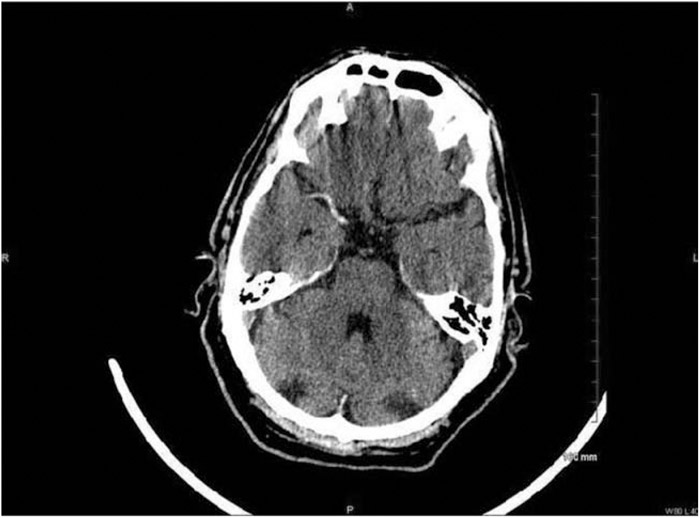 Stroke is a leading cause of disability and the third‐leading cause of death in the United States. The HMCAS is an early sign of ischemic stroke, the recognition of which could prompt initiation of thrombolytic therapy improving long‐ and short‐term outcomes in stroke patients.