It is known that blood product transfusions can be harmful to some patients and should be administered only in medically justified circumstances (Ferraris, et al. 2015). In keeping with current recommendations set forth by multiple medical societies, we designed and deployed an electronic medical record (EMR) based Restrictive Blood Transfusion Program as part of a quality initiative to guide practitioners and improve their ability to determine which admitted patients appropriately require a blood transfusion. Our hope was also ultimately to avoid unnecessary use of resources. Our study investigated the performance of the Restrictive Blood Transfusion Program as measured by monthly rates of packed red blood cells (PRBCs) ordered for hospitalized patients.

We implemented this Restrictive Blood Transfusion Protocol in the hospital’s intensive care unit starting in 2012. The program was expanded to non-ICU patients in late 2014. The program components include evidence-based protocols and procedures to reduce unnecessary transfusions. The pilot program included two study periods: 1) A baseline period from January 2009 to December 2011 and 2) A comparison period with the implemented Restrictive Blood Transfusion Program from January 2012 to July 2015. The mean rate of PRBCs ordered per month was computed during the study periods and compared longitudinally, as well as, with t-tests.

We observed that the mean rates of PRBCs ordered per month significantly decreased from 187.8 units of PRBCs before the program to 136.3 units of PRBCs after implementation of the Restrictive Blood Transfusion Program (p<0.001). The longitudinal trends are shown in Figure 1 and identify the reasonably sustained reductions in rates of PRBCs ordered per month since 2013; despite this, it took approximately one year after implementation of the pilot program to observe improvements. An additional analysis that assumed the cost of one unit of PRBC was $236 estimated an overall 43 month cost reduction of $522,622 that could potentially be associated with implementation of the pilot program.

This study suggests that enhanced protocols and procedures can be effectively implemented in hospitals to reduce the rates of transfusions and decrease costs to the healthcare system. Overall, we found a 27% reduction in the monthly rates of ordered PRBCs in the Restrictive Blood Transfusion Program. Expansion of this program is warranted and will further determine the potential benefits to patients and the healthcare system alike. 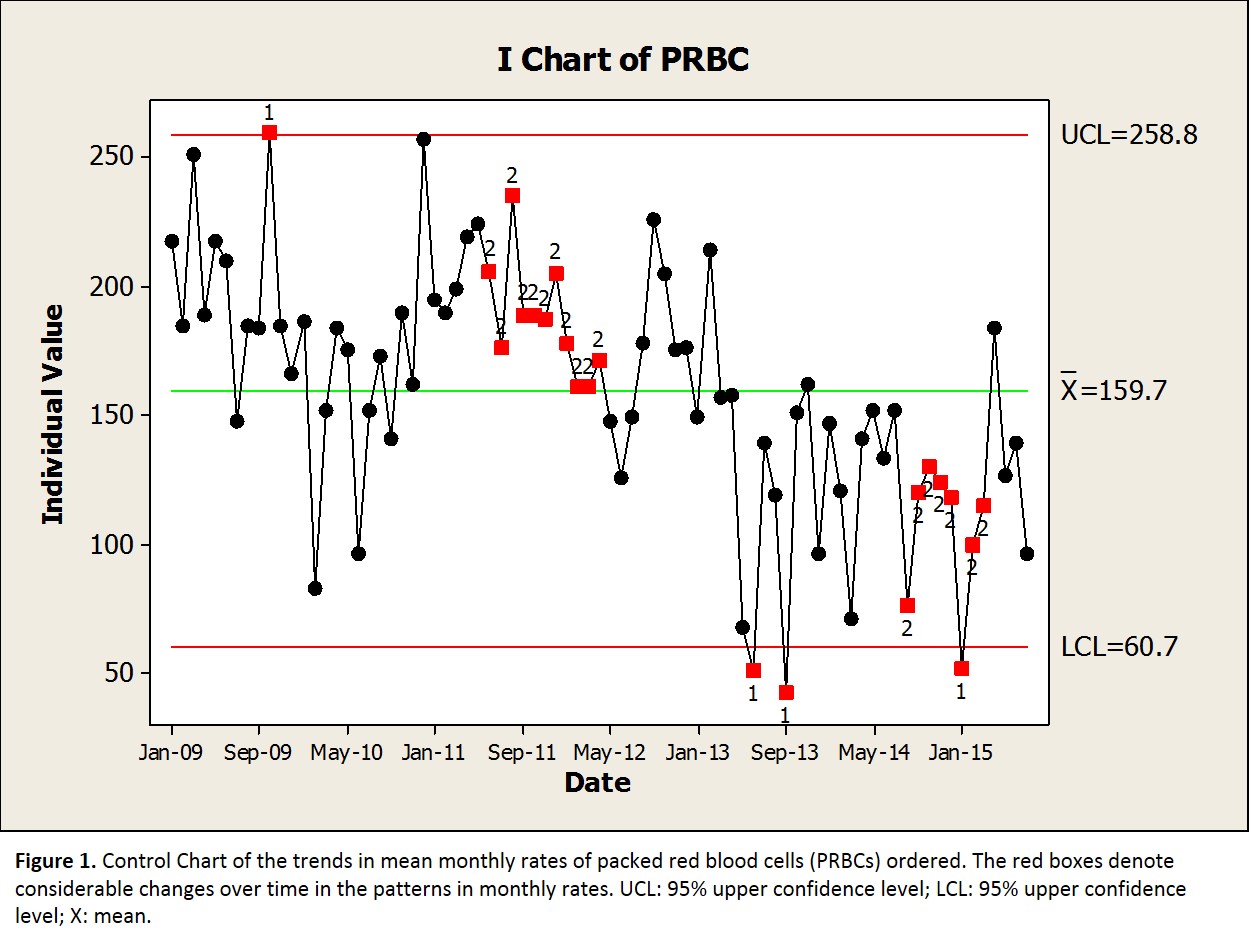