A 56-year old male patient presented with severe persistent left occipital headache for 3 weeks associated with left eye pain. During this period, the patient was evaluated once in the emergency room (ER) and a computerized tomography scan of the maxillofacial region was done that showed paranasal sinus disease. His headache improved with pain medications and was discharged home. The patient was subsequently evaluated by an ophthalmologist due to persistent headache associated with left facial swelling and slight left ptosis. On physical exam, he was found to have anisocoria as pupils measured in light were 8 mm OD and 5 mm OS. Snellen visual acuities were 20/20 on both sides

Interpalpebral fissure widths were measured at 10 mm OD and 7 mm OS confirming the OS lid ptosis. He had no signs of afferent pupillary defect and had normal accommodative pupillary responses. Intraocular pressures were 14 mmHg on both sides. The patient’s dilated fundus exam revealed that his posterior poles and peripheral retinas were both normal. The rest of physical examination was normal including detailed neurological examination.

Based on the clinical presentation and these findings, a clinical diagnosis of Horner syndrome was made and the patient was referred to ER to undergo a computerized tomography angiography (CTA) of the neck that showed bilateral internal carotid artery dissection with pesudoaneurysm (image). He was started on clopidogrel (plavix) 75 mg daily and aspirin 325 mg daily as he had no ischemic signs or symptoms. Three months later, the patient experienced resolution of his symptoms.

Horner syndrome is a triad of ipsilateral miosis, ptosis, and anhydrosis due to interruption of the sympathetic nervous system responsible for innervation of the ophthalmic region of the eyes, head, and neck. Etiology is variable, ranging from benign to life-threatening causes such as malignancies or internal carotid artery dissections (ICAD).

ICAD is rare with an estimated annual incidence of 2.6–3.0 per 100,000. Males and females are equally affected.  Bilateral ICAD’s occur in about 20% of the cases. ICAD could be spontaneous or traumatic. Spontaneous dissections occur with no definitive precipitating factor but it could be associated with connective tissue disorders, hypertension, diabetes mellitus, smoking and use of oral contraceptive.

Treatment is case dependent. It is mainly anticoagulantion with intravenous heparin with transition to warfarin for 3-6 months but if the patient shows no ischemic signs or has a contraindication to anticoagulation, antiplatelet therapy (aspirin 325 mg and clopidogrel 75 mg) would be the next choice.  There is a role for endovascular surgery as well.

Horner syndrome secondary to ICAD is rare. Timely recognition and referral for urgent imaging studies with subsequent initiation of proper therapy are crucial to help prevent any ischemic insults to the brain or ocular tissues that affect morbidity and mortality. Appropriate management of these patients typically results in a very good prognosis and outcome for the vast majority. 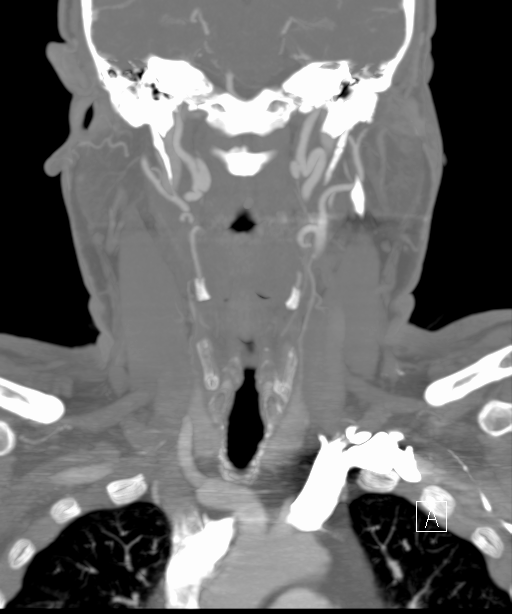