Data from 24 SICU and 17 MICU patients placed on an insulin drip for more than 24 hours were prospectively collected. Patients were excluded if they were on a drip for less than 24 hours or did not remain in the hospital for more than 48 hours after stopping the drip because of death or discharge. SICU insulin orders were written by a single pharmacist whereas, MICU insulin orders were written by the resident on duty. Glucose values were collected 6 hours prior and 48 hours after stopping insulin infusion, and information was gathered on insulin dosing, nutritional requirements, Hgb A1c, and a medical history of diabetes. 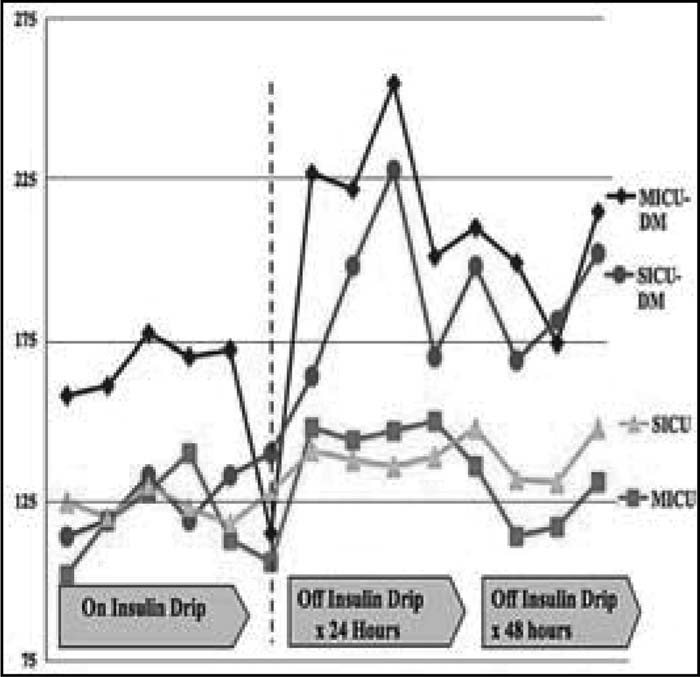 After the transition off infusion insulin, we noted underdosing of insulin, failure to provide subcutaneous insulin before the insulin drip was stopped, and resultant poor glycemic control. Nondiabetic patients maintained adequate glycemic control despite the lack of an appropriate care plan for their hyperglycemia. These preliminary data demonstrate the need for an insulin transition protocol.