A 28-year-old male presented with a 10-year history of intermittent post-prandial abdominal pain and fullness, forcing him to adopt a fetal position. He denied alcohol, tobacco, marijuana, or NSAID use. He reported worsening of pain in the last few months leading to 30-pounds of weight loss. Physical examination was unremarkable. Metabolic profile, CBC, pancreatic enzymes, and hepatobiliary ultrasonography were unremarkable. Due to the post-prandial nature of symptoms, ischemia was suspected. CT-angiography showed celiac artery narrowing at the diaphragmatic crura without atherosclerotic plaques. Duplex ultrasound revealed celiac artery velocity of 119 cm/s, increasing to 171 cm/s with inspiration and to 500 cm/s with expiration, indicating significant stenosis. Laparoscopic release of the median arcuate ligament with neurolysis of celiac ganglion resulted in rapid relief of his symptoms.

Dunbar Syndrome (also known as the Median Arcuate Ligament Syndrome) is a rare cause of chronic mesenteric ischemia, resulting from a low position of the median arcuate ligament that normally stretches between the right and left diaphragmatic crura. Diagnosis is often delayed given the non-specificity of the presenting symptoms. An abdominal bruit is occasionally present. The condition should be considered early in patients with long-standing post-prandial abdominal pain and weight loss in the absence of other more common differential diagnoses. Well selected patients report significant improvement following surgical release of the ligament.

Diagnosis of chronic abdominal pain can be very difficult and involve extensive and invasive testing. In some cases, patients can be mislabeled as drug-seekers. Physicians taking care of these patients should be mindful of the presentation and the complications. 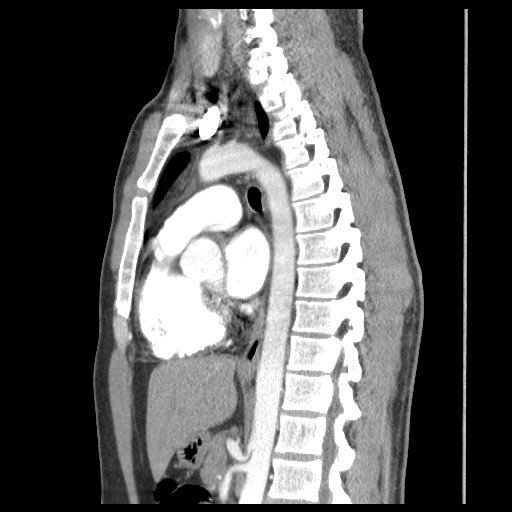