Background: Medical educators worldwide have been aspiring to transition from time based training to a competency based medical education model. The degree of alignment between competencies, residents’ self-identified training goals, and variations in different countries have not been studied. Our study had three objectives; (1) Examine how residents’ goals match proposed universal competencies, (2) Compare training goals between residents in the United States (US) and Japan, and (3) Examine whether US residents would be less fatigued because of the strict duty hour regulation in the US.

Methods: The authors conducted an online survey targeting postgraduate trainees in both the US and Japan. The authors recruited two internal medicine residency programs at an urban university program and an affiliated medical center in New York City as well as one university based and four non-university based programs in Japan. The survey questions included demographics, milestones across eight competency areas proposed as universal in the literature, and eleven Iowa Fatigue Scale (IFS) questions. A 4-point scale was used (not important, a little bit important, somewhat important, very important) and responses were dichotomized into 1 (very important) and 0 (others) to compute statistical significance with Chi-Square and Fisher’s exact test. Presence of fatigue and severe fatigue were defined as IFS >30 and IFS > 40, respectively. Chronbach alfa (0.79) confirmed internal consistency for IFS.

Conclusions: There were significant differences in training goals between resident physicians in the US and Japan. US trainees were more likely to see competencies as skills they sought to acquire during residency compared to their Japanese counterparts. GME training should ideally be designed in a way that resident physicians can align their goals with milestones and competencies. 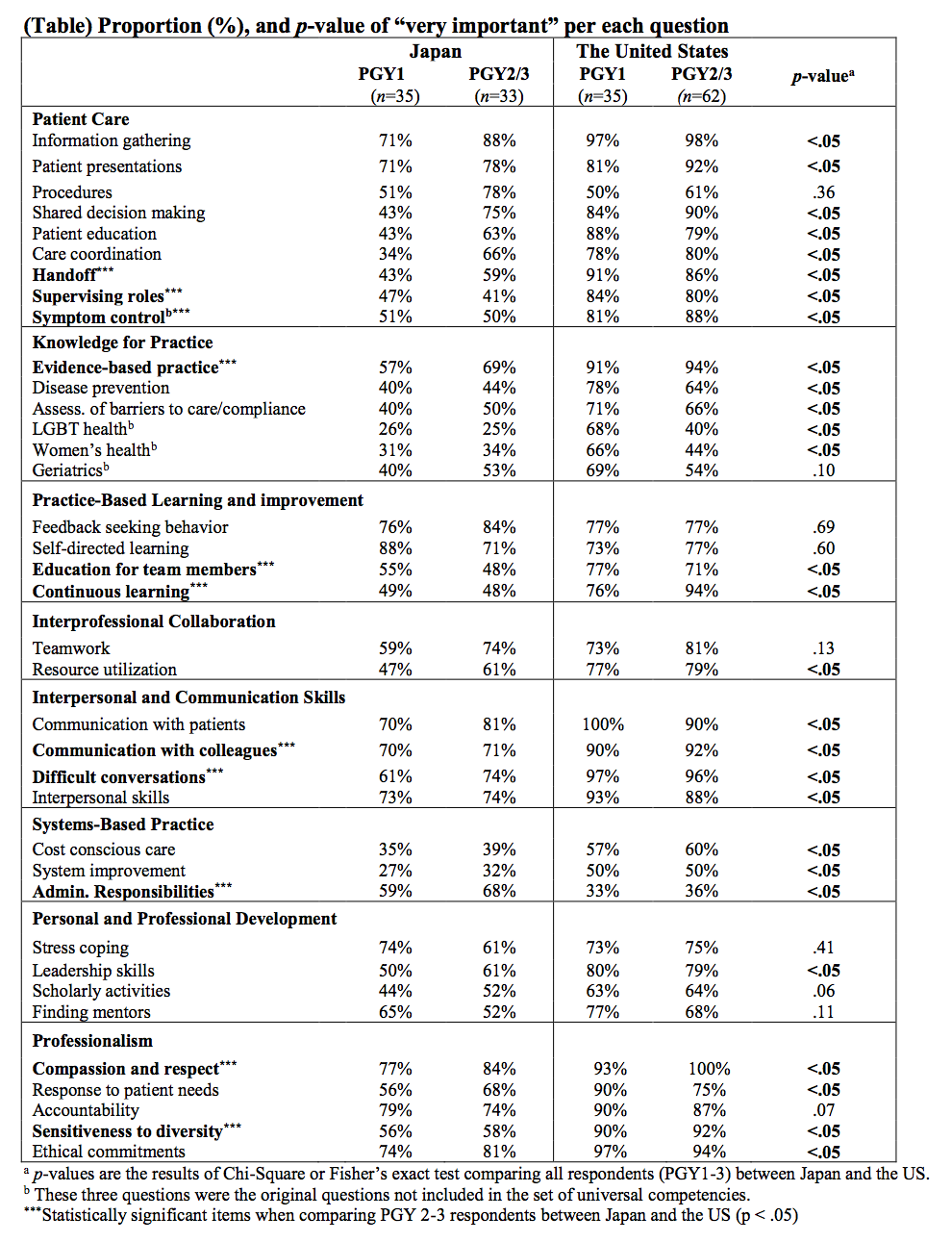