A 52 year old man was admitted to the Intensive Care Unit following intubation for airway protection as a result of drowsiness and respiratory distress after he ingested 400ml of Dettol. He developed hypotension and was treated with intravenous fluids and started on ionotropic support. Electrocardiogram showed sinus tachycardia with a prolonged QTc of 650. He also developed acute kidney injury with normal anion gap metabolic acidosis. Blood and urine samples sent for formal toxicology analysis subsequently confirmed the presence of chloroxylenol, terpineol and isopropyl alcohol. The QTc and serum bicarbonate returned to normal limits following administration of intravenous fluids and isotonic bicarbonate. He did not require renal replacement therapy. His condition subsequently improved and he was successfully extubated 24 hours later. A post-extubation esophagoduodenoscopy showed esophagitis but no ulcerations.

A variety of complications, some of which may be life-threatening, can result from Dettol ingestion. It is therefore important to be cognizant of these so that interventions can be undertaken early. 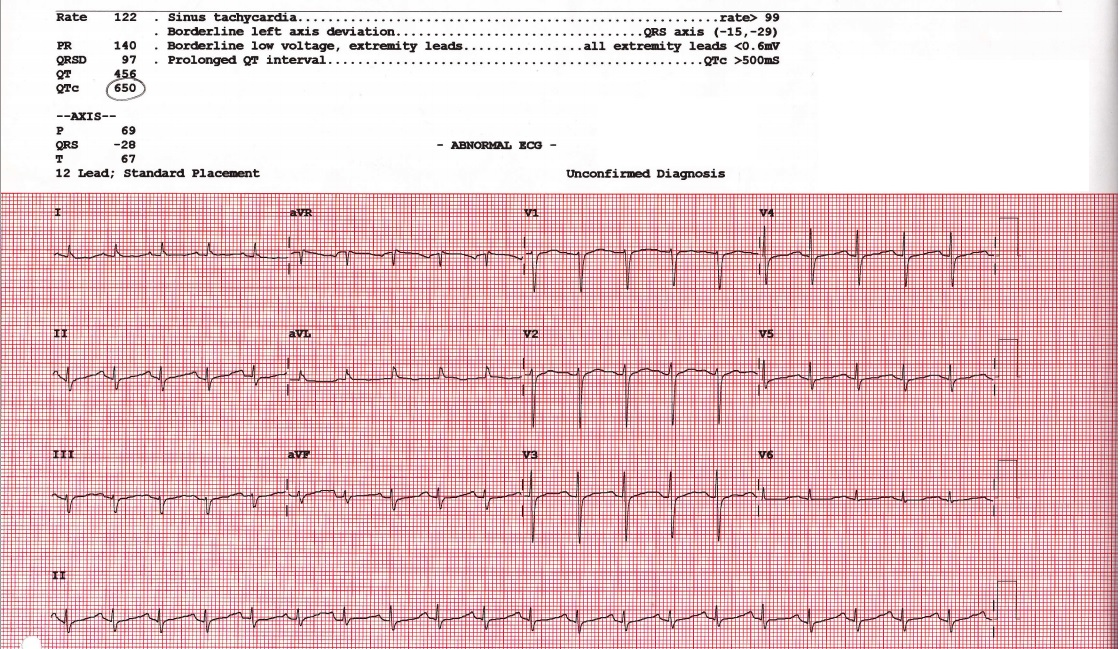