Background:  Physician awareness of the finalized results of tests pending at discharge (TPAD) is poor (~40%). We previously designed and implemented a system that automatically notifies the inpatient attending and primary care physician (PCP) of finalized TPADs by email and demonstrated a two-fold increase in the rate of physician awareness of these results. The aim of this study is to evaluate the impact of this system on closed loop communication of finalized TPADs that are clinically significant and actionable for patients discharged from the hospital.

Methods:  Attendings and PCPs were randomized to automatically receive finalized TPADs via network email for patients discharged from general medicine and cardiology services during the study period. TPADs of patients discharged between 6/20/11 to 5/31/12 were included if the attending and PCP were randomized to concordant study arms. TPADs of patients discharged were excluded if the attending and PCP were randomized to discordant study arms. Normal and near-normal TPADs were excluded using a previously established screening protocol. Two board-certified internists independently determined whether remaining TPADs were actionable by reviewing the discharge summary. Two different board-certified internists independently reviewed the electronic health record (EHR) to identify documentation of acknowledgment and actions taken regarding the actionable TPADs during the 3-month period after the index discharge. All discrepancies were adjudicated by reviewer pairs. We performed Chi-squared tests to compare our outcomes, the rates of documented acknowledgment and action for actionable TPADs, clustering by attending and adjusting for covariates. We compared time to documented acknowledgment in a priori sub-group analyses.

Conclusions:  Although we did not observe significant improvement in the rate of documented acknowledgement and action in the EHR when attendings and PCP were automatically notified of actionable TPADs, a trend towards decreased time to acknowledgment favoring the intervention is encouraging. The relatively high percentage of actionable TPADs without any documentation of acknowledgment (~40%) in the EHR represents an ongoing patient safety concern. 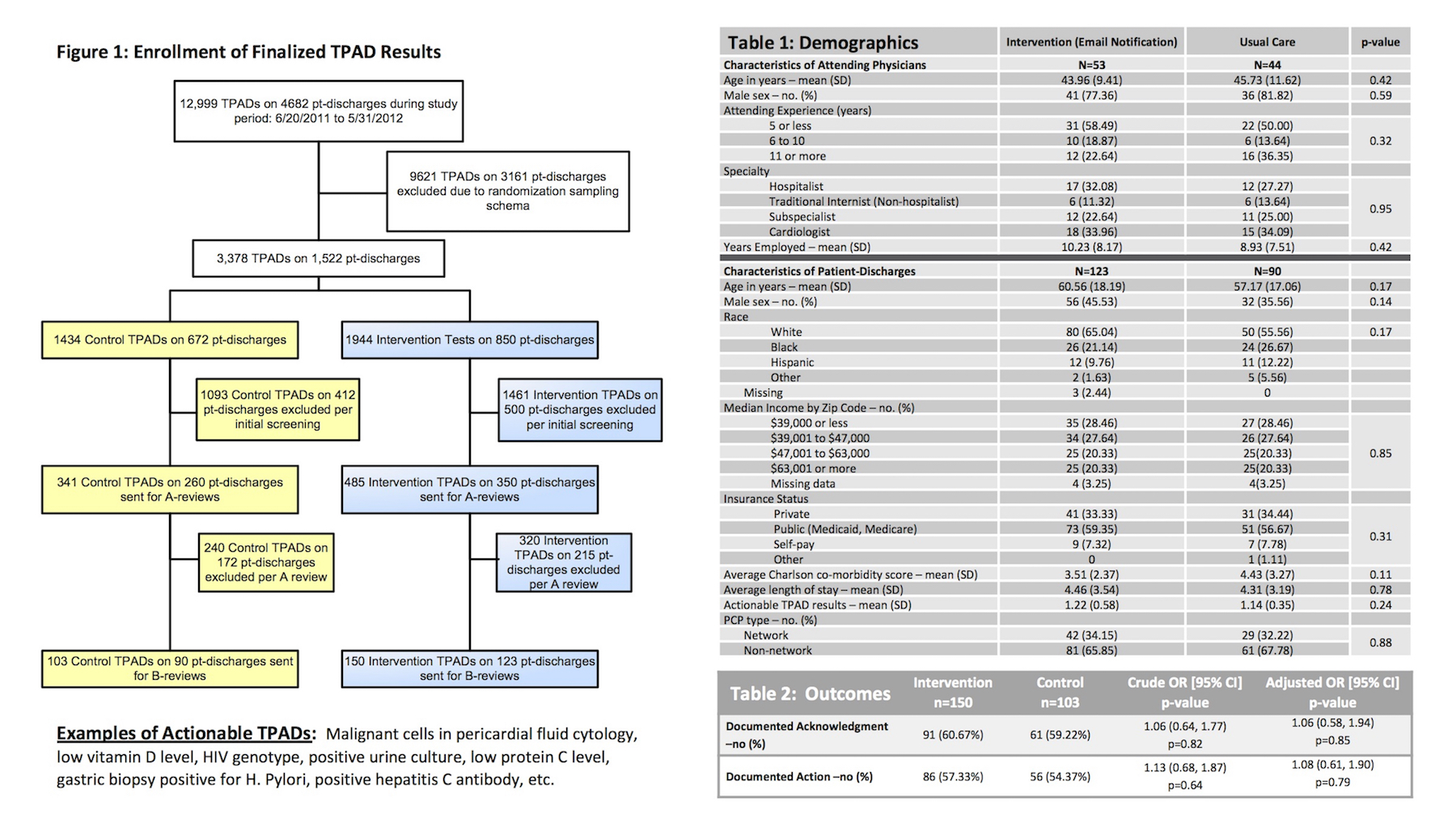