An otherwise healthy 58 year-old female presented to the emergency department (ED) from her primary care physician’s (PCP) office with new onset bradycardia, heart block, and a progressive rash. Two weeks prior at a 4th of July party a friend noticed new rashes on her right arm, left hip, and in the center of her chest. She also had associated transient episodes of positional and exertional lightheadedness without episodes of syncope. The following day she scheduled an appointment with her PCP who performed two electrocardiograms (EKG) showing alternating 2nd degree heart block, Mobitz type 1, and complete heart block, prompting urgent transport to the hospital.

Vitals in the ED showed the patient was afebrile, normotensive, with bradycardia between 45-55 bpm and without evidence of orthostatic hypotension. Physical exam showed a comfortable-appearing female who was awake, alert, and oriented with a classical erythematous rash with central clearing on her right arm, left hip, and chest (see Figure 1 and 2). Work up in the ED noted mildly elevated liver function tests (LFT) with an AST of 62 UI/L (normal: 9-33 IU/L) and an ALT of 58 UI/L (normal: 2-38 UI/L) without evidence of anemia or thrombocytopenia. Her EKG 1st degree AV block with a PR interval of 310 milliseconds.

She was admitted to the hospital for presumptive Lyme carditis with disseminated erythema migrans and placed on telemetry. Serum studies of Lyme, Ehrlichia, and Anaplasma were ordered. She was started empirically on IV Ceftriaxone 2 grams q 24 hours. The patient’s heart block and symptoms improved over the course of four days, at which time she was transitioned to oral Doxycycline until she had completed a 28 day course of antibiotics. Her tick-borne serology eventually revealed Lyme IgM positive on Western Blot while serology for Anaplasma and Ehrlichia were negative.

Lyme disease is a multisystem disorder caused by infection with Borrelia burgdorferi. In the United States, Lyme carditis is estimated to occur in approximately ten percent of patients with untreated Lyme disease. Cardiac involvement typically occurs during the early disseminated phase of the disease. Lyme carditis can present by itself or with other features of Lyme disease such as erythema migrans (as in our case). Multiple areas of rash usually indicates spirochetemia, not multiple bites. The most common clinical feature of Lyme carditis is atrioventricular (AV) conduction block, which can fluctuate rapidly between first degree AV block and complete heart block over a matter of minutes. Those at highest risk for progression to complete AV block occurs in patients with a PR interval greater than 300 milliseconds. Treatment in suspected patients should be started immediately and should not await serological confirmation. Treatment should be intravenous until resolution of block, and then can be completed orally. Complete resolution with antibiotics occurs in most cases, and permanent pacing is generally not needed.

Clinicians should have a high degree suspicion for Lyme carditis in a patient with new onset macular rash and AV block in the summer months in northeastern United States. IV antibiotics should be started empirically because waiting for Lyme serology will only further delay treatment. 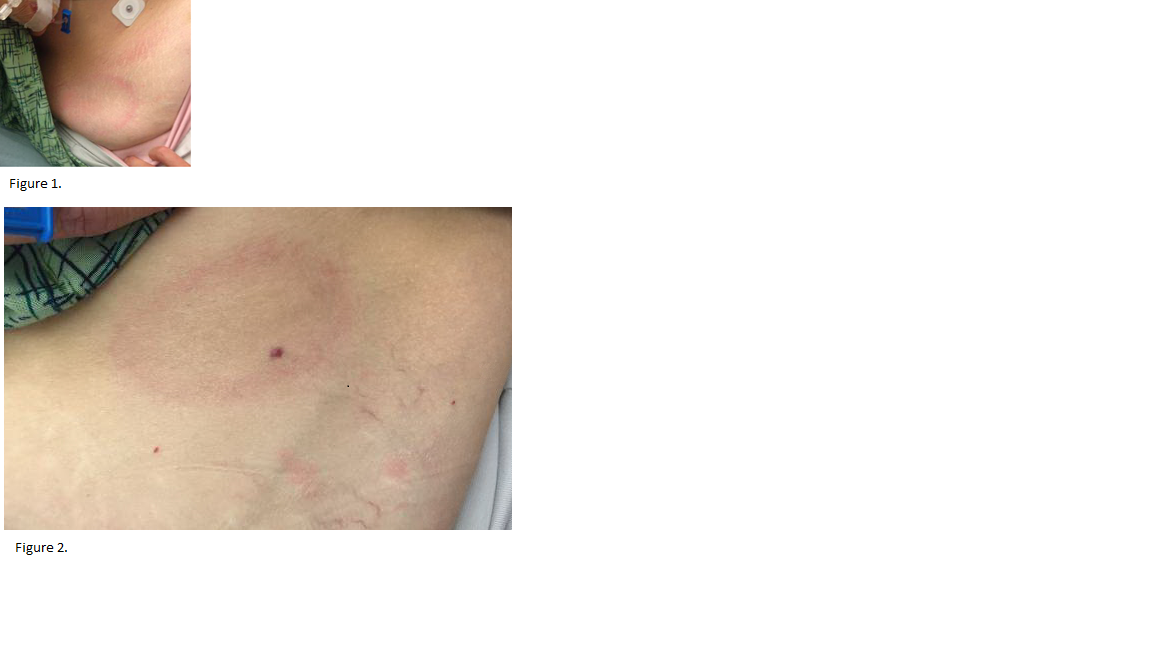