An 83‐year‐old woman with a history of invasive ductal breast cancer in remission status post lumpectomy and radiation presented with complaints of generalized weakness. Her vital signs were stable, and exam was remarkable for 31 pitting edema below the knees bilaterally. A laboratory evaluation revealed blood urea nitrogen of 55 mg/dL and creatinine of 4.2 mg/dL. A renal ultrasound showed bilateral moderate to severe hydronephrosis. An abdominal CT showed a retroperitoneal soft‐tissue mass suspicious for retro‐peritoneal fibrosis causing extrinsic ureteral compression. The patient then underwent bilateral ureteral stent placement leading to improvement in creatinine, to 1.4 mg/dL. Because of concern for metastatic breast cancer, the patient underwent a PET scan, which showed multiple nonenlarged hypermetabolic supraclavicular and axillary lymph nodes and a retroperitoneal soft tissue without significant fludeoxyglucose (FDG) uptake. The patient subsequently underwent a biopsy of a right axillary lymph node, with pathology showing a metastatic poorly differentiated carcinoma consistent with breast primary. Since the retroperitoneal mass did not have increased FDG uptake, the mass was consistent was retroperitoneal fibrosis.

Retroperitoneal fibrosis (RPF) is an uncommon cause of obstructive uropathy that develops as inflammation and fibrosis in the retroperitoneum, often showing up as a periaortic mass on CT or MRI. Most patients with RPF typically present with vague and poorly localized flank or abdominal pain and nonspecific complaints such as malaise. Ureteral obstruction is found in 80%– 100% of the cases, but the fibrotic complication can cause lower‐extremity venous obstruction or arterial compression or involve other abdominal/pelvic organs. Although 70% of RPF is idiopathic, a variety of conditions including malignant diseases as well as drugs, infections, abdominal surgeries, and radiation therapy have been implicated in the development of RPF. Among malignancies, RPF has been described as a first sign of recurrent of breast cancer. The initial treatment of RPF should focus on urologic intervention to relieve the urinary tract obstruction. When an underlying cause of RPF is identified, the medical treatment should be directed at the primary process. Id‐iopathic RPF was previously thought to be a condition with a poor prognosis, but there is a growing body of evidence for successful medical therapies that include corticosteroids as well as various steroid‐sparing agents, such as cyclophosphamide, methotrexate, colchicine, mycophenolate, and tamoxifen. 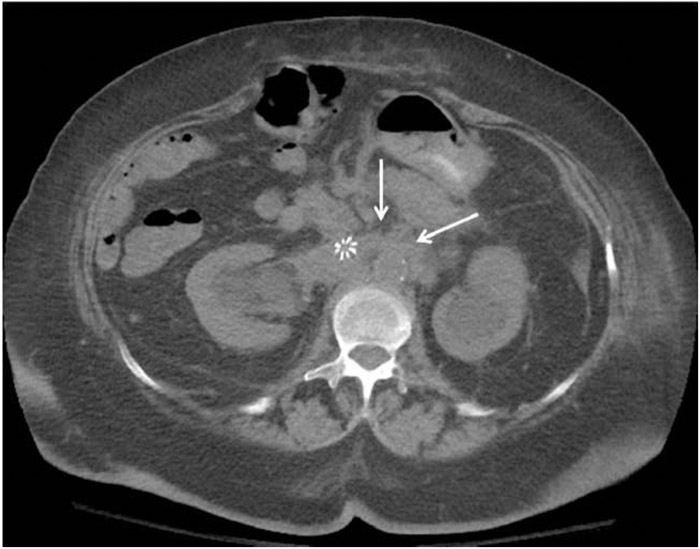 Previously thought to portend a poor outcome, retro‐peritoneal fibrosis is increasingly recognized as a treatable condition with a variety of medical therapies. This case report serves as a review of an uncommon condition that has been associated with a wide spectrum of secondary causes.