A 28‐year‐old Hispanic woman from Honduras with a medical history of cholecystectomy and choledochojejunostomy at the age of 18 years for gallstones presented with recurrent right upper quadrant (RUQ) pain and jaundice. On exam, patient was icteric and had RUQ tenderness. Lab results were AST 93, ALT 146, alkaline phosphatase 630, bilirubin 2.1, eosinophils 10%. MRCP showed intrahepatic ductal dilatation, CBD stricture, and choledocholithiasis. ERCP was attempted but was unsuccessful. A cholangiogram showed segmental intrahepatic biliary ductal dilatation and choledocholithiasis. A biliary drain was placed and patient was discharged home. She was readmitted later with recurrent RUQ pain. Repeat cholangiogram found extensive calculi in biliary system and severe focal stenosis of left hepatic duct. She underwent exploratory laparotomy, revision of hepaticojejunostomy and extraction of large black biliary stones. Surprisingly, a parasite in bile ducts was discovered. This was extracted and identified as Ascaris lumbricoides on pathology. Stool ova and parasites were negative. She was treated with albendazole 400 mg and was discharged home with a biliary drain. A month later, cholangiogram showed resolution of choledocholithiasis and marked improvement in caliber of hepaticojejunostomy anastomoses. Two months later, cholangiogram showed widely patent biliary enteric anastomoses without any residual or recurrent stones and hence biliary drain was removed. On subsequent follow‐up, her symptoms had resolved and LFTs improved.

Ascaris lumbricoides is one of the most common helminthic infections worldwide. Majority of patients are children and live in Asia (73%), Africa (12%), and South America (8%). Prevalence in the United States is 2%. Adult Ascaris inhabits in jejunum/ileum with a life span of 10–24 months, and is later passed in stool. The ova hatch in intestine and release larvae, which penetrate intestinal wall and migrate via blood or lymphatics to lungs and rarely to brain and kidney. Migration of adult worms into biliary tree can cause biliary colic, jaundice, cholecystitis, bile duct perforation with peritonitis, biliary strictures and hepatic abscesses. Retained worm fragments serve as nidus for recurrent pyogenic cholangitis. Ascariasis is diagnosed by stool microscopy, eosinophilia, imaging and serology. Albendazole and mebendazole are first‐line agents for treatment of ascariasis. These antihelminthic therapies act against the adult worm but not the larvae; hence, patients should be reevaluated in 2–3 months following treatment with stool microscopy.

Ascariasis is a rare cause of biliary stenosis and obstructive jaundice and has severe morbidity. Our case emphasizes that a high degree of suspicion is warranted in patients with recurrent abdominal pain, jaundice, and eosinophilia in the context of prior history of residing outside the United States. 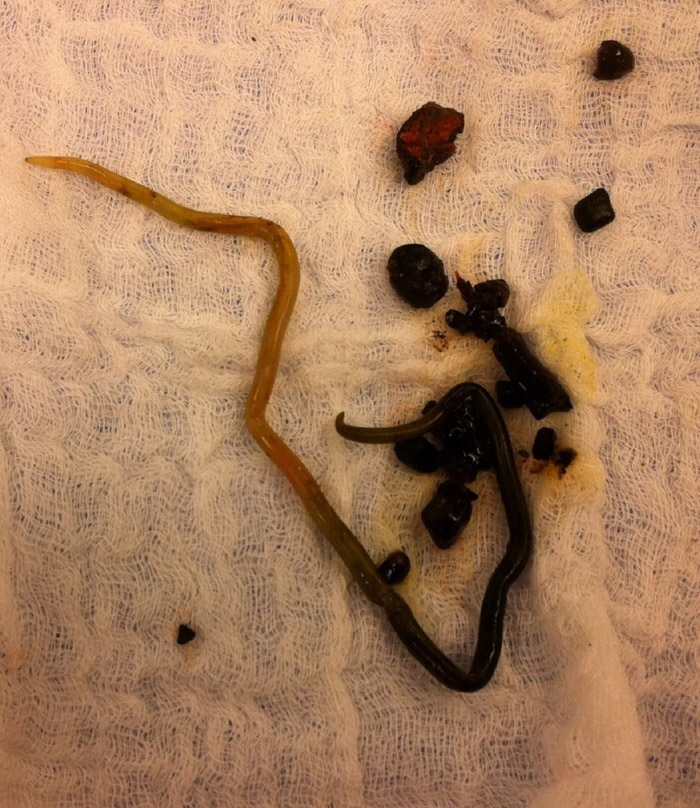