A 65‐year‐old man presented with left hip pain. He described frequent falls at home over several weeks with associated left hip pain and leg weakness. He insisted that his symptoms were due to known left hip osteoarthritis for which he was already scheduled to have a hip replacement. Review of systems revealed difficulty urinating for 2 weeks and a 40‐pound weight loss over 2 months. History was significant for hypertension and coronary artery disease. Physical exam showed proximal muscle weakness in the left lower leg with decreased sensation in several dermatomes. He also had 3+ pitting edema in both legs. He was unable to cooperate for a perineal exam for rectal tone and saddle anesthesia due to severe pain. A bladder scan revealed 1 L of urine, and a Foley catheter was placed. Laboratory findings were unremarkable except for sodium of 132, BUN of 37, platelet count of 527,000 and a mild hepatitis. Urinalysis was benign. He was started on patient‐controlled analgesia with hydromorphone intravenously. Spinal MRI was ordered, but the patient refused the study multiple times because of pain and insistence that the symptoms were due to arthritis. Ultimately the patient consented and obtained a spinal MRI under general anesthesia. A large mass was found in the left psoas muscle and paraspinal musculature, pelvic and abdominal lymphadenopathy, and epidural extension into the spinal canal from L1 to L5 causing cauda equina compression. He underwent immediate lumbar decompression with tumor debulking. Frozen section confirmed anaplastic large‐cell lymphoma (ALCL). On postoperative day 3, he became unresponsive with ventricular fibrillation and died despite prolonged resuscitation.

Anaplastic large‐cell lymphoma is a rare type of non‐Hodgkin's lymphoma (NHL), accounting for fewer than 5% of all NHLs. ALCL can present in the skin or systemically. In the systemic (and more aggressive) version, patients are divided into 2 groups based on the expression of a protein called anaplastic lymphoma kinase (ALK). ALK‐positive patients tend to be children or young adults and have more favorable outcomes with chemotherapy. Although ALK‐negative patients can respond to chemotherapy, they tend to be older patients and have more risk of relapse of the disease at 5 years. Our patient's immunostains were strongly positive for ALK, placing him in a more prognostically favorable subgroup. Spinal cord compression is an exceedingly rare presentation of NHL.

Hospitalists should understand that anaplastic large‐cell lymphoma is a rare but treatable form of NHL. Although spinal involvement is a rare presentation of ALCL, hospitalists should consider malignancy as an etiology of spinal cord compression in older patients. MRI of the spine is the radiological technique of choice. Providers should also understand the importance of immunostaining of the tumor for anaplastic lymphoma kinase as this has important prognostic implications for the patient. 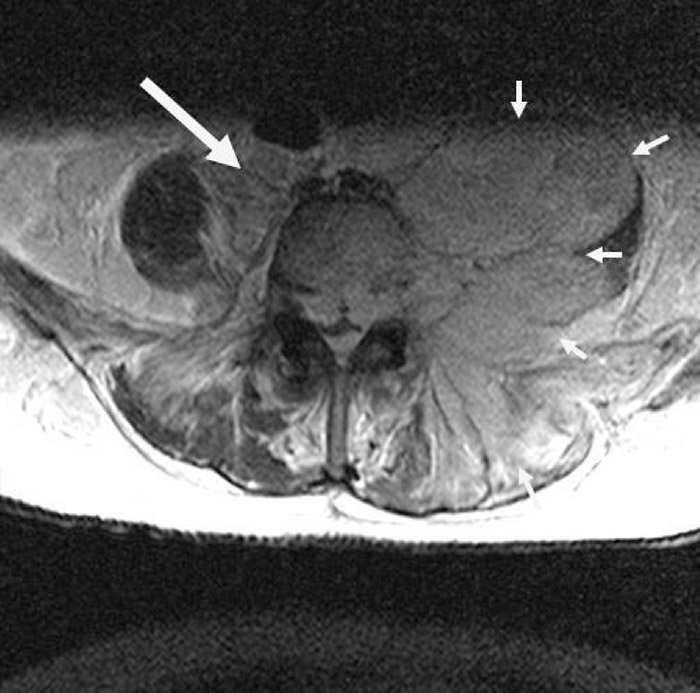 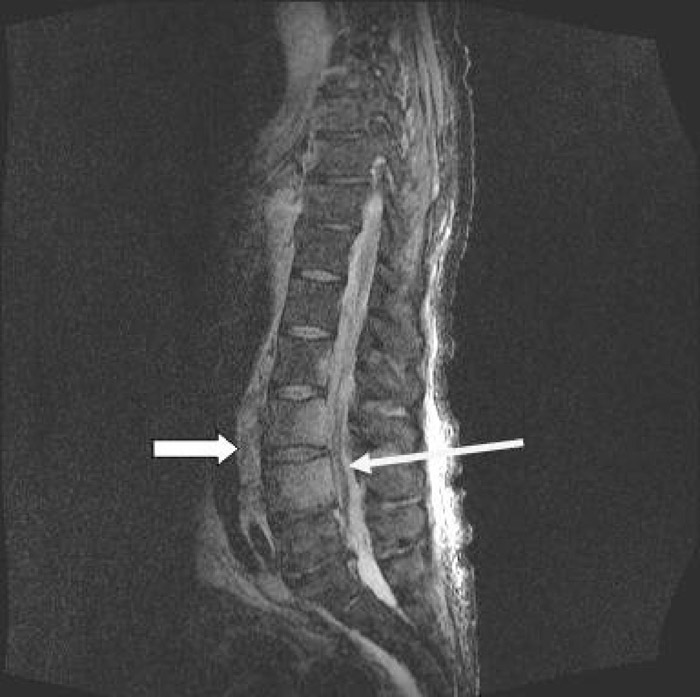