This is a 66 year old male who was hospitalized secondary to recurrent lower extremity cellulitis. He was also previously admitted about 2 months ago for bilateral lower extremity DVT and received an IVC filter as the patient was considered high risk for falls secondary to alcoholism. On physical exam, patient’s left lower extremity was red, swollen and tender. He was also incidentally found to have right axillary lymphadenopathy; the lymph nodes were discrete and firm. Laboratory studies showed anemia, thrombocytopenia, leukopenia and hyponatremia. X-ray imaging of his chest showed bilateral small pleural effusion and possible pleural thickening. Further evaluation with a CAT scan of his chest revealed mediastinal, pectoral and axillary lymphadenopathy. Patient underwent biopsy of his axillary lymph nodes; pathology and flow cytometry was conclusive for angioimmunoblastic T-cell lymphoma (AITL). Patient was referred to oncology for enrollment in clinical trials for further management.

Angioimmunoblastic T-cell lymphoma (AITL) is an extremely rare form of non-Hodgkin’s lymphoma the incidence of which is 0.05 cases per 100,000 person year. It is classified under a subgroup called peripheral T cell lymphomas (PTCL) which are usually about 10% of all NHL. AITL is a very aggressive form of disease usually presenting as a severe acute onset of systemic illness. It has been associated with Epstein-Barr virus. Irrespective of the staging of the lymphoma, all patients are placed in clinical trials as no definitive treatment is available at this time. CHOP/CHOEP based regimens have been suggested but the overall survival rate for PTCLs with these regimens is found to be less than 35%. The only indication for starting patients on CHOP/CHOEP based therapy is if there are no clinical trials available. There is very little literature available on the treatment on PTCLs in general and even meagre literature on AITL. GELA study is the largest study done on this group of patients and the 5 and 7 year survival was found to be 33% and 29% respectively. It must also be noted as in this case, that patients may presents with non-specific symptoms such as unprovoked DVTs, anemia, fatigue, pleural effusions and immune compromise presenting in the form of recurrent infections among others. These symptoms warrant further workup.

PTCLs in general and AITL particularly are aggressive lymphomas that do not at this time have adequate treatment available. Current guidelines suggest referral to clinical trials as first line therapy due to unavailability of adequate data. Further clinical trials/case reports must be undertaken to establish standard of care protocol for these aggressive group of NHLs. 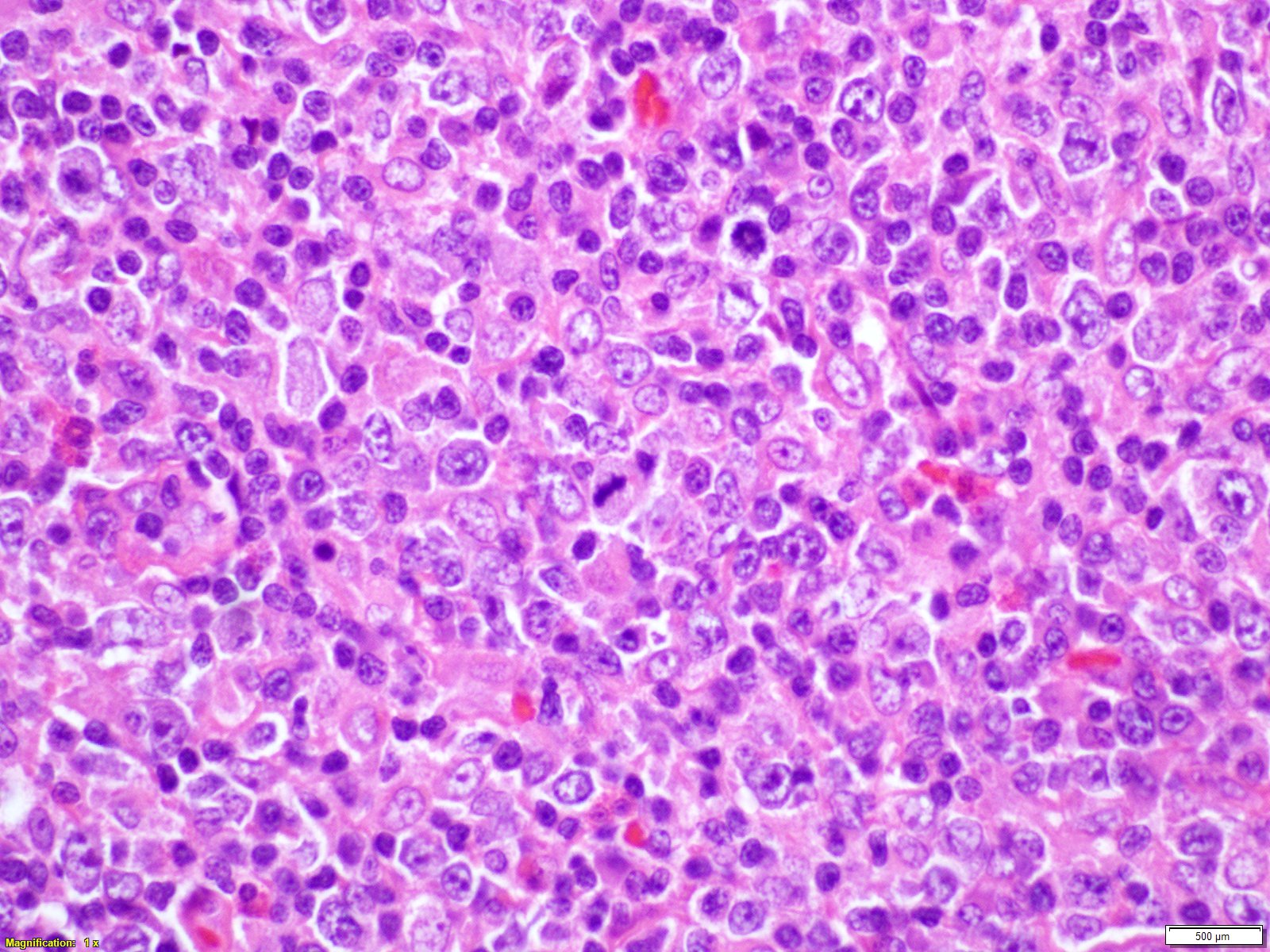