Background: Heparin-Induced Thrombocytopenia (HIT) is an antibody-mediated pro-thrombotic disorder which occurs after exposure to heparin product. Diagnosis of HIT type II is rather challenging as affected individual often has other causes of thrombocytopenia and a delayed discontinuation of heparin in HIT type II is associated with a mortality rate of 20-30%. 4Ts score is a validated screening tool with a high negative predictive value in excluding HIT type II when a low probability score is present. Hence, this clinical scoring system (4Ts) was adapted by our hospital in November 2014 as an effort to reduce the number of inappropriate HIT antibody testing. The aim of this study was to assess the outcomes of pre- and post-implementation of the 4Ts scoring system.

Conclusions: It is evident that the implementation of the 4Ts scoring system in EMR had significantly reduced the number of inappropriate HIT antibody testing in low probability group. Clinicians are encouraged to utilize the 4T scoring system prior to sending HIT panels to reduce unnecessary testing and practice cost-effective medicine. 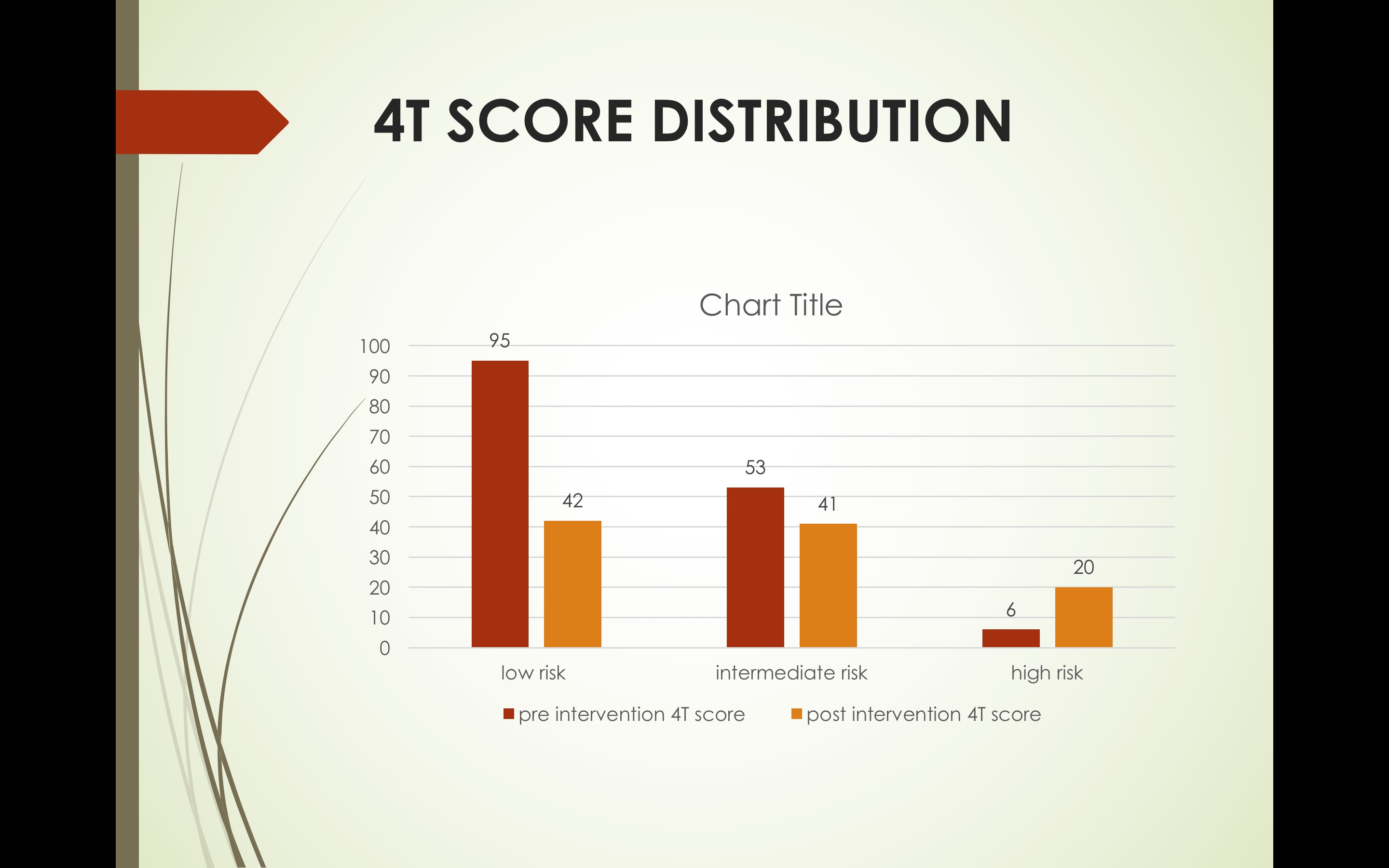 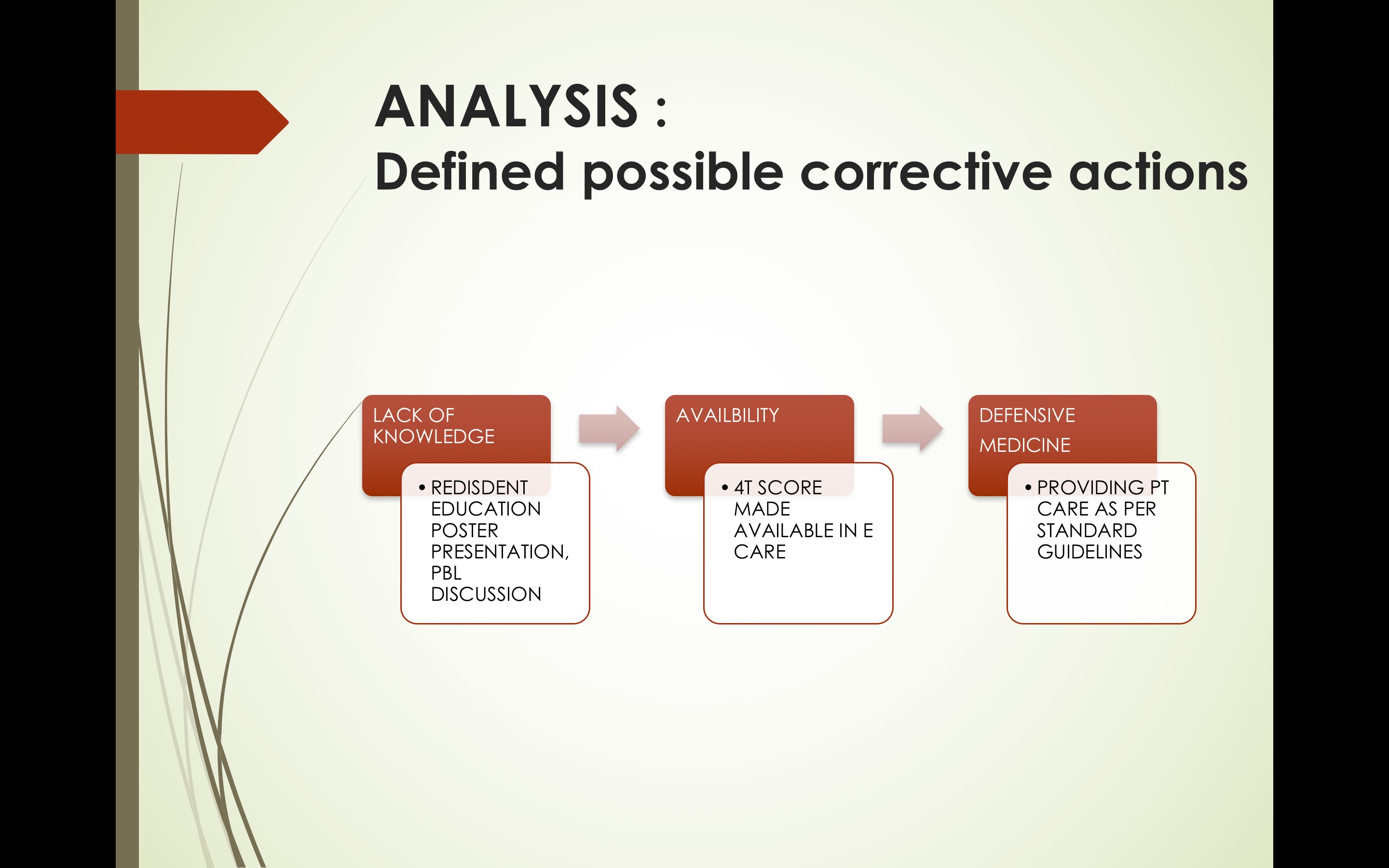