A 62‐year‐old man with diabetes and recent subdural hematoma presented from another hospital with lethargy. At transfer, he was afebrile, hypertensive, disoriented to time and place but able to follow instructions. He had a sixth cranial nerve palsy and anasarca. White blood cell count was 7500, urea nitrogen 48, creatinine 2.1, and albumin 2.7. Computed tomography showed a destructive mass in the anterior cervical spine at C1 and C2 with erosion of the odontoid process and extension into the left cavernous sinus and parapharyngeal space. The subdural hematoma was stable. CSF showed mild lymphocytosis with some plasmacytoid cells, and negative bacterial cultures. Of note, the cervical spine mass was first discovered in July 2012. At that time biopsy showed no evidence of neoplasm, Pseudomonas aeruginosa was cultured, and antibiotics were not administered. This was preceded by an episode of Pseudomonas otitis media and mastoiditis one year prior, treated with ciprofloxacin. At the time of transfer, he was being treated with high‐dose steroids for tumor mass‐effect. Otolaryngology and neurosurgery performed a resection of portions of C1 and the odontoid, as well as decompression and biopsy of the mass. There was no evidence of neoplasm. Epidural soft tissue showed acutely inflamed fibroconnective tissue with focal abscess formation. The anterior C1 arch showed osteomyelitis. Cultures grew Pseudomonas, methicillin‐sensitive Staphylococcus aureus and coagulase‐negative Staphylococcus. Postoperatively, he was treated with daptomycin, ciprofloxacin and metronidazole, and steroids were tapered. His mental status gradually improved, though the sixth nerve palsy persisted.

In this patient, a relatively common infectious complication of diabetes (otitis media) likely developed into a more rare invasive pseudotumor. Infectious, or inflammatory, pseudotumor arises from a combination of microbial growth and the host inflammatory response, characterized by proliferation of acute and chronic inflammatory cells, fibrovascular tissue and, sometimes, neoplastic‐appearing cells. It is frequently mistaken for malignancy, and diagnosis is often not considered until biopsy and culture results are obtained. As lesions typically respond well to antibiotics, and therapies targeting malignancy, such as steroids, may actually be deleterious, accurate diagnosis is crucial in order to prevent permanent tissue destruction from local invasion and mass effect.

Although infectious pseudotumor is rare, infectious complications of diabetes are common. Diagnosis should be considered in patients susceptible to infection when histology does not reveal malignancy, particularly in the setting of a prior localizing infection. 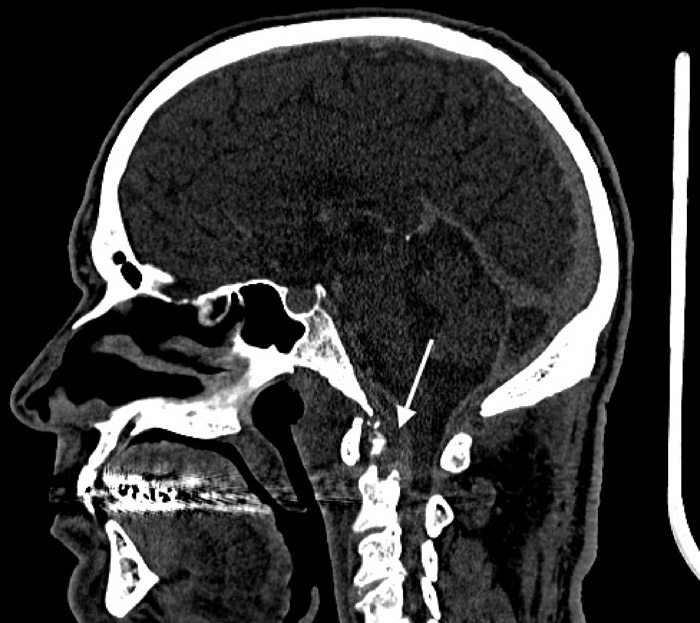